Naruto 674 is up next, and we are expecting to see an epic fight between Naruto and Sasuke vs Madara. Naruto and Sasuke are now armed with new (awakened) powers from the Sage of the Six Paths himself, Hagoromo. Naruto has the Senjutsu of the Sage of Six Paths, while Sasuke has awakened his Rinnegan. But Madara has both powers in him. Who do you think is the strongest? There is a saying that says “two are always better than one”. Let’s find out in Naruto 674.

UPDATE: Naruto 674 was recently released. This chapter is entitled Sasuke’s Rinnegan. Naruto and Sasuke faced Madara and they were able to uncover the secret behind Madara’s Limbo attack. Madara is in a pinch and he needs his other eye back. He was able to take Kakashi’s sharingan eye and is now in the other dimension where Obito is. Overall this was a great chapter. Good fighting scenes as well. Don’t want to spoil you any further, just read the chapter. 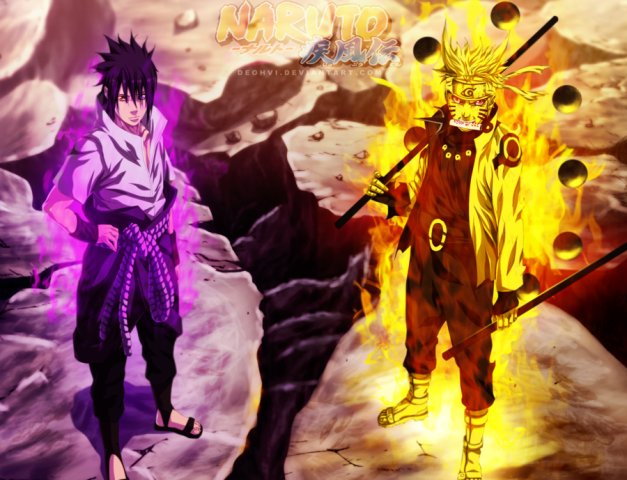 What Happened So Far…

In summary of the previous chapter, Naruto arrived at the scene where Gai and Madara fought. Madara was about to finish Gai but Naruto arrived and countered his attack. Not only that he saved Gai’s body from being destroyed by Madara, he also stopped the 8th Gate from killing Gai. So rejoice Gai fans, he is not going to die.

Meanwhile, Madara noticed that there was something new in Naruto. After a short conversation, Naruto unleashed a Senpou-Youton Rasenshuriken on Madara. Madara tried to use Limbo (Rinbo) on Naruto but it didn’t work. Naruto somehow dodged it unknowingly. Madara ate Naruto’s attack, plus he was able to cut the Holy Tree easily. 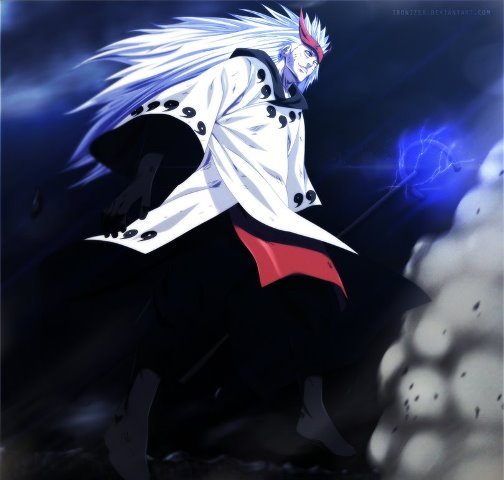 The tree talked to Madara and told him to absorb the holy tree and the Juubi. After doing so, Madara was fully recovered. (Well, that was pretty convenient). Naruto brought Gai back to where Kakashi and Gaara are, and returned to face Madara. Madara told Naruto that he can’t defeat him because he is already immortal, thanks to the tree. But Naruto was calm and very confident. He told Madara that he won’t beat Madara alone. Sasuke then arrives (that was cool), and told Madara to prepare himself.

Naruto revealed that he possesses the power of the Senjutsu of the Six Paths, while Sasuke showed his Sharingan with Rinnegan. But Madara was still confident he could defeat them, since he too has both the Senjutsu and Rinnegan in him.

Now that Naruto and Sasuke are fully recovered and armed with new powers, they are ready to face Madara (now immortal and fully recovered thanks to the tree and Juubi). And that answered my previous question regarding Madara being beaten up by Gai.

I’m pretty sure that the fight between Sasuke and Naruto vs Madara will totally be an epic one. Hopefully it will be a match never been seen before, or unlike anything in the previous chapters or series. But I’m confident that somehow, Naruto’s Senjutsu and Sasuke’s Rinnegan will be more powerful than what Madara has. Despite being fully recovered by the holy tree, Madara has still only one eye. Obito has somehow managed to stop the Black Zetsu from coming back to Madara. And If I were Madara, that would be my first objective, to retrieve my other eye back.

What do you think guys?

Please share your thoughts, comments and additional inputs regarding the current chapters below.