Naruto Chapter 658 is just around the corner folks. Last episode we witnessed Madara Uchiha coming back to life and started attacking his first target. Meanwhile Obito is still alive but he is slowly dying, and the Black Zetsu has taken over his body to fight and stop Kakashi and Naruto’s father, Minato. On the main battle ground, Madara attacked the helpless Harashima, since he is in Edo Tensei state his powers are limited and could not match Madara’s movement. Thus Madara was able to absorbed Harashima’s essense or his “Senju” powers. Madara was saying that if two opposing forces joined together, something good will happen. He was referring to his power and Hashirama’s. He is using both the power of Senju and Uchiha, not to mention he also has Rennigan. Now that Hashirama is down, who is Madara’s next target? And what is his real goal? Naruto chapter 658 will answer that for us. 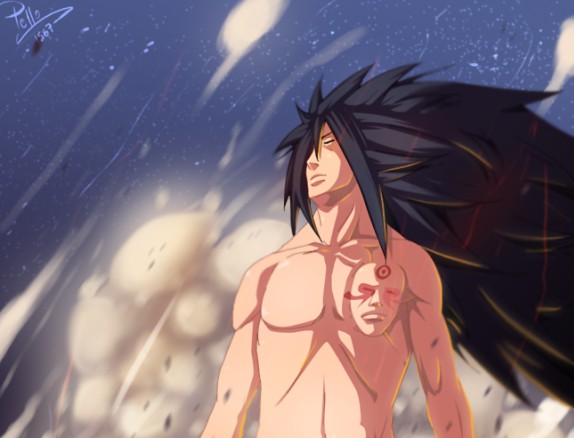 Sasuke seemed to be pleased that Madara is no longer in Edo Tensei, since they can totally defeat and destroy Madara for good. I think this is the only downside of Madara being alive. But thanks to being fully revived, he is now even more powerful. I think he could even take all the Shinobi alliance. Even Naruto and Sasuke has to plan their attacks and can’t let their guards down with Madara. Naruto can no longer talk Madara out of this war anymore. Hashirama was the closest person to Madara and he failed, how much more Naruto. Madara is just pure evil.

The only thing that Naruto and Sasuke can do now is to defeat Madara for good. But it seems that Madara is not really interested in Naruto or Sasuke yet. His next target are the Bijuu or the Tailed Beasts. His hunt begins in Naruto chapter 658. I think Madara still intends to capture all the Bijuus just like what he was trying to do many years ago. So after Obito’s failure, he still plans to gather the tailed beasts and reunite them? I’m 90% convinced that Madara wants to get all the Tailed Beast, combine them and revive the Juubi again in its perfect form and he plans to become the Jinchuriki of the Juubi. But what I am not sure about is if he still plans to carry the eye of the moon plan. Or he just wants to become the most powerful Shinobi by becoming the Jinchuriki of the Juubi, or perhaps becoming the new Rikudou Sennin. Obito was close to becoming one, but he failed since he lack conviction, and he was easily shaken by Naruto’s words.

Anyway, things are really getting exciting. We hope to see more Madara fighting action. And please Kakashi and Minato, finish off the Black Zetsu as soon as possible so that he won’t steal the scene, or a chapter or two. But I’m sure Obito will die in the process.

For now, I don’t have any confirmed Naruto 658 spoilers. Actually I don’t look for them anymore, unless somebody would contribute one. Let’s just wait for the english scans to be released, perhaps two days from now. I’ll update this post once Naruto chapter 658 is released.