Over the years of console gaming, industry-changing moments have effectively defined a new generation of game development and technology that broadens the boundary of possibility to new horizons. Looking back throughout the years of preceded consoles make them seem out-dated and obsolete in comparison to today’s next generation consoles. The Sega Mega Drive and Xbox are examples of past consoles which transformed the whole gaming experience, but were always likely to be succeeded as new methods of graphic design and technology were developed. Advancements in technical and graphical capabilities will continue to occur as console and game developers share a combined emphasis to meet consumer demand for bigger and better things. 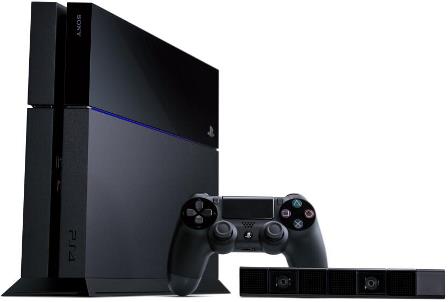 PlayStation 4 Comes to the Fore

While the Xbox 360 and PlayStation 3 were considered the leading lights of the console gaming industry, the emergence of next generation consoles has eclipsed both of them in one fell swoop. The PlayStation 4 has integrated next generation specifications and graphics in the biggest step yet towards closing the gap between virtual simulation and real life imagery. Vast improvements in RAM capacity, processor speeds and graphics cards make the PlayStation 4 fundamentally better than older consoles. Although the latter were more than efficient in producing a gaming experience that was enjoying and captivating, owning a console that churns out an impressive frame rate with next generation graphics is an instant improvement.

Launched on November 29th, the PlayStation 4 comes in-built with a “Jaguar” 8-core processor and AMD Radeon Graphics Core Next engine which emphasize the revolutionary progression made in computer technology. The high definition textures and colors surpass the imagery produced by any other console which makes gamers feel more involved in a game and enjoy the realistic qualities. Games such as FIFA 14 and Battlefield 4 illustrate next generation graphics in its prime which no other game on preceded console can come close to.

The Future of Interactive Gaming

The enormity of gaming development through the integration of next generation technology is illustrated through the growing belief that interactive gaming and virtual reality simulations are more possible than ever before. Although the PlayStation 4 may currently be behind the Xbox One in terms of progression towards the inclusion of interactivity, there is considerable scope for it to be the realistic future of gaming. Sold separately from the console, the PS4 camera does have motion sensor technology built in which is currently used for taking pictures to display on gamer profiles.

Note: You can get the new Xbox One Day One Edition here, that comes with a commemorative controller, token code to unlock an exclusive Day One achievement, a premium packaging at no additional cost, and the Kinect.

With motion sensors already integrated within the camera, there is no logical reason why it could not be developed further to allow interactivity between gamers and their console. Playing casino games is just one example of the potential openings for interactive technology to be integrated and allow gamers to use body movement to display emotion. While betting is at its most efficient through the internet and smartphone apps at the present time, linking casino gaming and console gaming could be the way forward. Many players visit BGO to place bets on a wide range of games, but replicating the ability on the PlayStation 4 can further enhance the gaming experience. Next generation graphics also make virtual simulations a real possibility as the high resolution and graphical imagery integrated within the PlayStation 4 have finally hit the output levels that no other console can come near to. Testing and prototypes are already in the pipeline for virtual simulation which, if it becomes available for consoles, can shape the course of gaming for many years to come.