NVIDIA has renamed/re-branded its Tegra 3 processor to “4-PLUS-1” quad core architecture on the basis that it is a “variable symmetric multiprocessing” and actually having another physical “companion core” or “ninja core“. 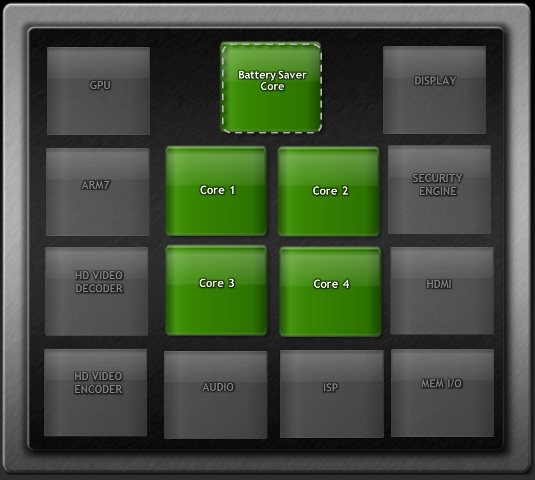 As you can see in the image above, the so-called “companion core” or “ninja core” is actually the “battery core” which is used for lesser demanding tasks to save battery consumption. Thus the name “4-plus-1” or 4 cores PLUS 1 core was derived.

“What this revolutionary architecture does is simple: It provides both exceptional processing power and great battery life. It does this by using four powerful CPU cores to handle demanding tasks, such as gaming, and a fifth low-power, battery-saver core to manage less strenuous tasks – like processing e-mail or operating in standby mode.”

We expect to see more and more devices, including smartphones and tablets, to be powered by NVIDIA Tegra 3 processor at the Mobile World Congress and beyond.