The recently launched O Plus 8.15 or O+ 8.15 quad core smartphone was raved by hundreds (or probably thousands) of people at the opening of the O+ concept store in SM North EDSA. One of the reasons why people patiently waited for the long queue is that instead of paying Php 12,995 for the 8.15, O+ slashed Php 3,000 from its SRP, making the O+ 8.15 Php 9,995 only. So is the O plus 8.15 a hit? Will this be your new Quad Core Android smartphone? Find out more about this phone below. 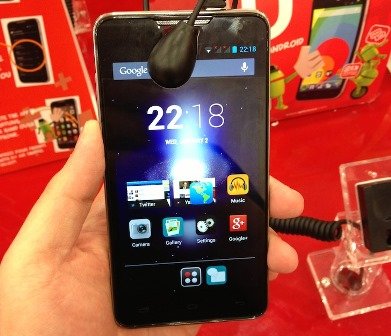 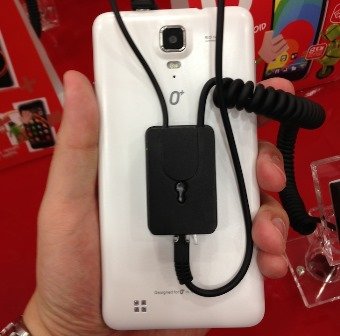 The O Plus 8.15 is one of the quad core Android Jelly Bean smartphone in the Philippines that would battle with the recently released Cherry Mobile SkyFire 2.0 and previously released MyPhone A919i Duo. The O+ 8.15 sports a nice 5-inch IPS HD display with a resolution of 1280×720 pixels, and is powered by a 1.2GHz quad core processor from Mediatek with 1GB of RAM, paired with PowerVR SGX 544MP for its GPU.

It features Air Shuffle, like other O Plus android smartphones, and has 8GB of internal storage. Of course it has an expandable memory via microSD of up to 32GB. It’s a Quad Band phone with 3G, HSDPA and basic connectivity functions such as WiFi, Bluetooth and GPS.

The O Plus 8.15 has an 8 megapixel rear facing camera with BSI, AF and flash, paired with a 2 megapixel front facing camera. The phone draws its power from a 2,000 mAh battery, although I think it’s somewhat insufficient for a 5-inch quad core phone. You might need to recharge this phone once or twice a day depending on your usage.

Based on the picture above, the O+ 8.15 does have a good looking design and feel. The shape of the phone is good, the surface is premium-looking and doesn’t look like a cheap rebrand at all.

For the price of only 12,995, the O+ 8.15 is definitely an Android smartphone that you should consider. It’s a good and cheap alternative specially if you are looking for a quad core powered smartphone with a nice 5-inch HD display.

The only quad core Android smartphones that stands in the way of the O Plus 8.15 are the CM SkyFire 2.0 and MyPhone A919i Duo, that offers a much cheaper price tags.

So will you be getting the better O+ 8.15, or the much cheaper MP A919i Duo or CM Skyfire 2? Share your thoughts below.