Browsing the "Off Topic" Category

2011 is just around the corner. IGN come up with a 2011 Video Games Release Timeline. This is a list

StarCraft II: Wings of Liberty was awarded as Best PC Game for the year 2010. The award was given at 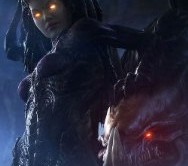 There has been rumors going around that a leaked ending clip of StarCraft II: Heart of the Swarm has been 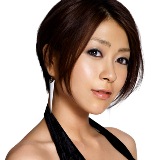 The famous singer from Japan, Utada Hikaru, will be having a concert this December 8 at 7:00 pm in Japan

What’s the difference of a Webmaster and a Driver?

What’s the difference of a Webmaster and a Driver (Automobile Driver)? Answer: Webmasters LOVES Traffic! while Drivers HATES Traffic! Toink!

Franz’s Entry to Create Your Own Sulit Christmas Card

Just posting for a friend and supporting his entry for the Create Your Own Sulit Christmas Card Contest by Sulit.com.ph.

At the moment, hard drives are only limited up to 2TB. And a few weeks ago, an information was released