Another interesting smartphone spotted at the Mobile World Congress 2012 is the first ever Intel Powered Android smartphone from Orange, Santa Clara. This smartphone was also based on Intel’s reference design and is manufactured by Gigabyte. 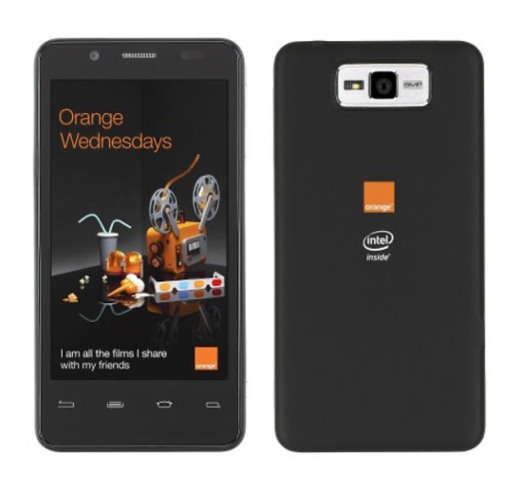 The Orange Santa Clara features a 1.6GHz Atom Z2460 Intel processor, a 4-inch display and an 8 megapixel camera capable of shooting 10 shots per second at burst mode. It runs on Android 2.3 Gingerbread out of the box, but will have an Android 4.0 Ice Cream Sandwich update soon. (Ohhh…)

Aside from the features mentioned above, Orange Santa Clara has a microHDMI port, microUSB port and 16GB internal storage. Orange Santa Clara detailed specifications will be posted soon. Right now, that’s all the information currently available.

Orange has not yet disclosed information regarding Santa Clara’s price. But considering the specifications, it seems that this Android smartphone will not be that expensive. Orange Santa Clara is expected to be available exclusively in France and UK starting this summer.