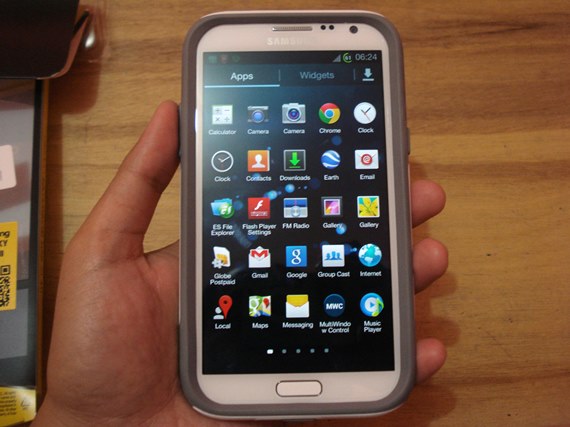 The OtterBox Defender and Commuter Series

OtterBox is a well known company that produces top of the line and high quality smartphone cases. They have different case series with specific design and functionality. Two of the popular series are the Defender Series and Commuter Series.

The OtterBox Commuter Series – Glacier comes in a nice transparent plastic packaging. The package includes the two layers of the Commuter Series (the soft silicon and the hard polycarbonate), a transparent screen protector, a small piece of clothe, a manual and an installation card. The case itself has a dimension of 160.4 x 91.3 x 17.8 mm, weighs about 160.8 grams, and carries a 1 year limited warranty

Above, we see its packaging as well as the inside portion of the first and second layer of the case. The soft silicon is the inner layer of a Commuter series and the hard, but semi flexible, is the outer or second layer. But in a Defender series, it’s the other way around. The hard material is the inner layer while the silicone is the outer layer.

At the back of the case, you can see the OtterBox logo as well as some engraved lines that adds design as well as grip for your hands. You can also see that the holes are perfectly cut ensuring that those features, like the S Pen and Camera, can be used without any problems.

Installation of the Case

Installing the OtterBox Commuter Series for Samsung Galaxy Note II was very easy. First is to put on the inner silicone layer. As you can see the top 3.5mm audio jack and bottom micro USB is well covered to prevent dust from building inside the ports.

Second is to clip on the polycarbonate outer layer over the silicone layer. Make sure it clips well in all sides of the phone. Once done, you can feel that the Commuter series hugs the Galaxy Note 2 tightly. I guess the only difficult thing for me was installing the screen protector. I messed up my first try and I have to buy a new screen protector and let the people from the store install the screen protector.

After installing both the first and the second layer, the phone gets a little bit thicker. But still, you can easily put it inside your pocket (like I always do). 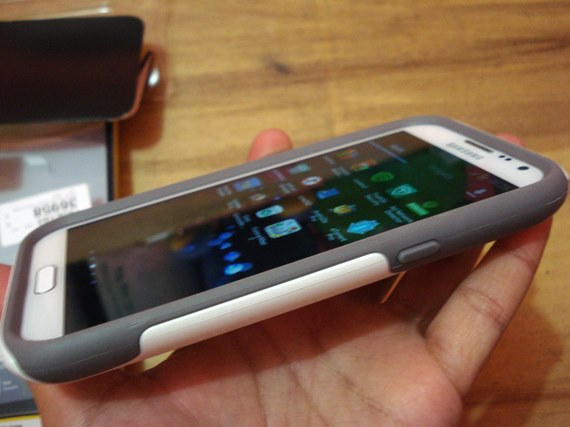 You can see that the combination of the color Grey and White compliments the color of the White Galaxy Note 2. No sharp edges, just smooth finish and curves. Although you might need to push the power button and the volume rocker a little bit harder compared to pushing it without any case. This might be a good or a bad thing depending on the user and how he/she sees it.

When you need to use the 3.5mm audio jack or the micro USB, just pull the protective rubber and plug the cables. The S-Pen is also easy to access since OtterBox made sure that the hole in the S-Pen portion is big enough for your finger to pull the S-Pen out.

To date, I have been using the Commuter Series for 12 days, and until now I can say that this is the best Samsung Galaxy Note 2 case. Not only that the Glacier theme matched with the color of the Galaxy Note 2 (White), but it also made it feel sturdier. Before, I often worry that my unit will get damaged easy from a fall without any protection. But now, I am sure that it is well protected.

A smartphone is also an investment, specially if you are using it for productive activities. If you want to protect your investment, I would recommend that you get the OtterBox Commuter Series for your Galaxy Note 2 or S3. I know the price is a little bit higher compared to other cases out there, but it’s totally worth it. You can also get the Defender Series if you want more protection and don’t mind your phone getting thicker.

Summary: The OtterBox Commuter Series is definitely one of the best case for Samsung Galaxy Note 2 currently on the market. If you want a case that offers simple, yet elegant design, with superior quality and craftsmanship, and offers utmost protection for your Galaxy Note 2, then go for this case.