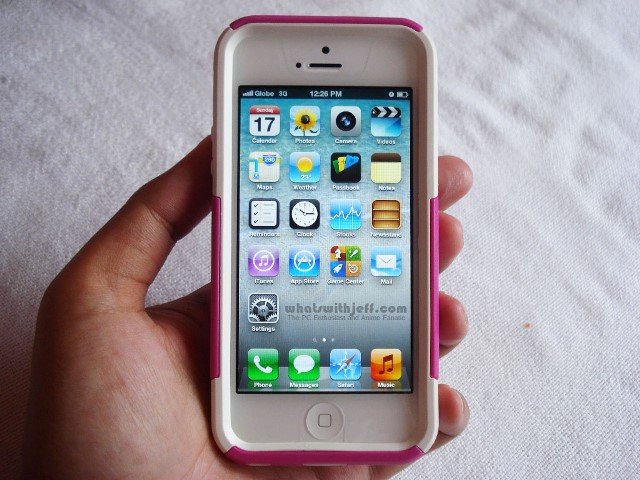 Just to give you a brief information about this case and the company who made it, OtterBox is a well known company that produces top of the line and high quality cases for mobile devices. They have different case series with specific design and functionality. Two of the popular series are the Defender Series and Commuter Series. 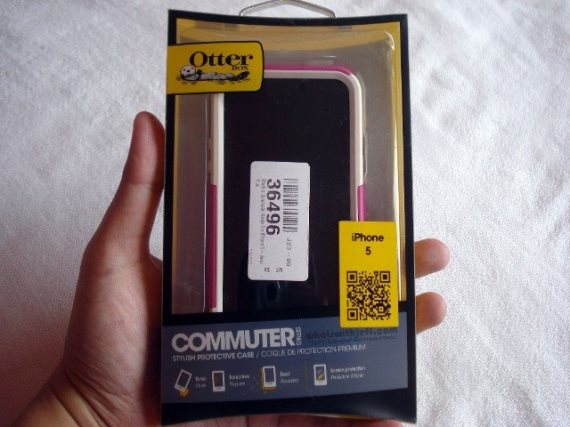 Unboxing the OtterBox Commuter for iPhone 5 is pretty easy. The packaging is similar with other Commuter Series where you have a nice and simple transparent plastic packaging. This time we got a Pink iPhone 5 Commuter Series.

Inside the box, you get the two layers of Commuter Series, a screen protector, a piece of clothe, a manual and an installation card. Pretty much the same with the other Series. The iPhone 5 Commuter Series has a dimension of 129.7mm x 65.3mm x 14.1mm and weighs 37.3 grams. This will only make your iPhone 5 just a little bit thicker.

The outer layer is a hard Polycarbonate shell which protects your phone from impact. While the inner layer is a Silicone rubber that acts as a cushion. The case lets you use all the features and functions of the iPhone 5 without any problem. There are also silicon tabs for the 3.5mm jack and Lightning connector to prevent dust from building up.

Of course, OtterBox understands that you do not want the Apple logo to be covered. So in addition to the hole for the camera, there’s also a hole for the Apple logo at the back. People will still notice that you are using an iPhone just in case you want to brag about it.

Installation of the Case 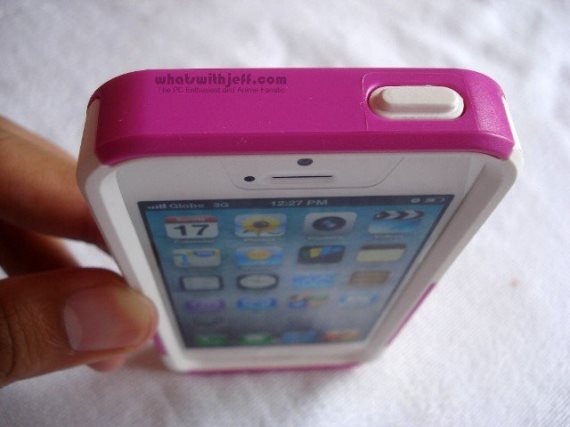 Installing the OtterBox Commuter for the iPhone 5 is easy. You only need to put the first layer first, the Silicone rubber. After that you just clip on the outer shell layer. Just make sure that the sides and the holes are perfectly aligned. It should fit perfectly and you shouldn’t feel and loose ends or wobbly portion. 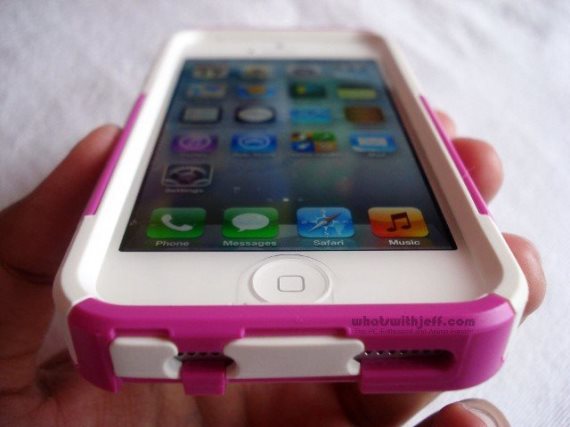 I don’t have a drop test video of my own since my wife won’t let me throw her phone. But here’s a video I found on YouTube where they threw the iPhone 5, protected by an OtterBox Commuter, on the wall and survived without any scratch.

The iPhone 5 OtterBox Commuter Series is really a great case. The design and color is great and since it’s pink, it suites the women well. We have been using the case for a month now and so far so good.

The only problem I see with the Commuter Series (same for the Galaxy Note 2 Commuter) is that the inner Silicone rubber has a tendency of getting dirtied easily. Specially if you are not careful with your phone and you just place it anywhere. Other than that, we have no complains at all.

The iPhone 5 is not a cheap smartphone. It’s actually an investment, specially if you are using the phone for productive purposes. So if you don’t want your investment to go to waste, better protect it. I would recommend the OtterBox Commuter Series for your iPhone 5. But if you want more protection, get the Defender Series instead. Not only will the OtterBox Commuter iPhone 5 Case protect your phone, but it will also give you peace of mind.