A lot of Plants vs Zombies fans are impatiently waiting for a sequel. I mean who wouldn’t? PvZ was the most popular game before the Angy Birds. Even the mobile version (with no new improvements or features) is still popular. And until now there’s no sequel or part 2 released. But don’t fret, good news has arrived. PopCap Games, after for so long, has finally decided that “it’s about time” to have a sequel of the popular game. The company has announced that they will release Plants vs Zombie 2 this coming July 2013. Check out more details below. 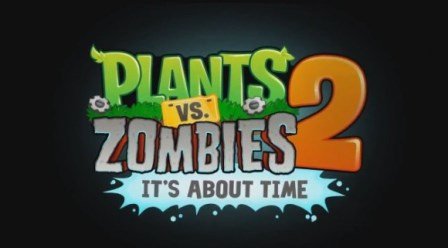 Unfortunately, that’s all the details we got right now. PopCap only revealed or announced the release date of Plants vs Zombie 2. But they didn’t mention anything about its gameplay or features. All we have is this teaser trailer of different people asking for the sequel of the game. Check out the video below.

Boring right? No previews or anything. Just a bunch or people asking and complaining why the sequel isn’t available yet. PopCap also did not mentioned what gaming platform will the PvZ2 become playable. But I am expecting are that Plants vs Zombies 2 will be available in Android, iOS, and PC platforms. Mobile gaming is a huge hit and I think they should take advantage of this.

I’m also expecting to see a huge improvement or a new and exciting gameplay. Otherwise, the years of waiting for a Plants vs Zombies 2 was just a waste. I’ll update this post or publish a new story when new information about the sequel comes up. Stay tune!