Why PlayStation Vita Release Date is Delayed until Next year?

Kazuo Hirai, president and CEO of Sony Computer Entertainment Inc. announced that the PS Vita will be released this Christmas Season but only in Japan before the end of December. 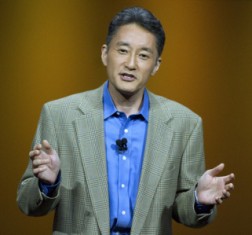 PS Vita will be released on US and in Europe next year, 2012. And perhaps later of 2012 for Canada, India, Singapore, Philippines and other countries in the world.

Mr. Hirai said that the reason why PlayStation Vita release date was moved and the reason for the delay is because Sony wants to come up with a solid game software that will be offered at the time of PS Vita’s launch date.

Luckily Sony PlayStation Vita price is still the same; $299 for the 3G/WiFi version and $249 for the WiFi only version.