Bleach 521 is now available! , last chapter we learned some shocking and unexpected news. Kyouraku Shinsui is the new captain commander of Gotei 13 meanwhile we learned that Retsu Unohana or Yachiru Unohana is actually the first Kenpachi, a title given only to the strongest Shinigami. Meanwhile Ichigo and Renji are off to the next city to meet the next Zero Division Vice Captain. Who will be the next captain that they will visit? And will Unohana be successful in teaching Zaraki the art of killing? Find out in Bleach chapter 521.

UPDATE 2: Well this chapter is not about training yet. But in preparation for the real training. By the way check out my article “Kirio Hikifune or Rangiku Matsumoto: Who’s Hotter?!” 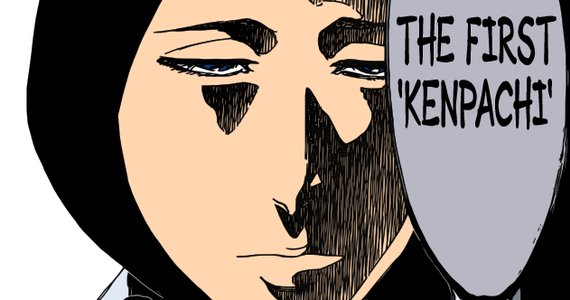 There are two things that we will most probably see in Bleach 521. First is Ichigo and Renji’s next destination. I’m not sure who would it be, but my guess is Ichigo will go to Shutura first to check the status of his Zanpakuto before he goes into training, if ever there is some training for Ichigo to prepare him for the counter attack. Shutura seemed to be more skilled than Kurotsuchi, and I think she can help Ichigo fix his Tensa Zangetsu.

Besides, how can he start his training without his Tensa Zangetsu, right? Unless, Ichigo will be informed that he is really a Quincy and should start using Quincy weapons (arrow instead of sword).

Zaraki might have healed by now, and as the first Kenpachi, Unohana is in charge of teaching Zaraki the art of killing or the way of the sword. According to the council, the deceased ex-captain commander Genryuusai Yamamoto failed to teach Zaraki, perhaps he’s just to stubborn to be disciplined. But if you have been reading Bleach or watching the Anime, you might be aware that Unohana and Zaraki have somethings in common (aside from being Kenpachi). If you try to search “Zaraki and Unohana” images you will see pictures of them in a love-love situation. Although they were just fan arts.

So I guess Unohana would be the perfect person to teach him the art of killing and most probably Zaraki would listen and respect her. I’m not sure if Unohana was previously a vicious killer like Zaraki or had a bad childhood experience, but they both seemed to have some connection from one other.

What do you think guys? Will Zaraki be tamed by Unohana? And will Zaraki be finally able to hear his Zanpakutu’s name and use Bankai?

Bleach 521 spoiler will be posted in this section if ever a raw scan or confirmed spoiler would be leaked/released. I’ll post update once it is available, or when Bleach chapter 521 is available. Stay tuned!