Bleach 523 is the latest Bleach manga chapter. Ichigo and Renji finally arrived at Hououden and met Ouetsu Nimaiya – creator of Zanpakuto. Ouetsu seemed to be a happy-go-lucky guy with a funky personality, but like the other Zero Division captains, he has a special (hidden) talent. Ichigo and Renji fell into Ouetsu’s trap filled with Zanpakuto. Will they escape and will Ouetsu reforge their zanpakuto? Find out in Bleach chapter 23.

UPDATE: Bleach chapter 523 is finally available, after 3 weeks of waiting it’s out guys! The chapter is entitled Words of Origin. I’ll post a review soon.
UPDATE: Bleach 523 release date will be by Third week of January 2013. They are on a long vacation since the last chapter. 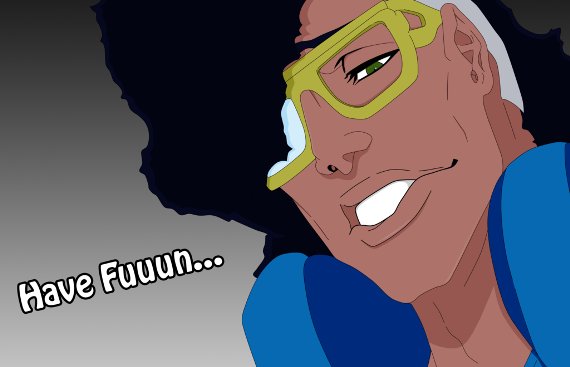 Obviously they didn’t saw that coming. They thought that Ouetsu was not a serious guy, surrounded by honey-chans. It’s also obvious that they need to get their Zanpakutou fix and reforged before they can begin their training or leveling-up.

It’s like their back to zero. Remember the time when Ichigo was very new to being a substitute Shinigami? Byakuya was able to slice Ichigo’s zanpakutou easily. And during that time, he didn’t new that his Zanpakutou had a name or didn’t even knew how to use shikai form or even bankai.

I think this training is very similar to that. They are going to learn more about their zanpakutou and try to recognize their existence. This training is more on the connection between the user and the sword. If Ichigo and Renji is successful they might be able to get their newly reforged zanpakutou back with new powers or even supercharged.

What I didn’t clearly understand is when Ouetsu said “I am number one zanpakutou creator, ten, nine, eight, seven, six, five. And in the end three…” Does this mean that there are other shinigami’s who can create a Zanpakutou (only that they are not as good as Ouetsu)? Because you can’t be “number one” or “the best creator” if you are ONLY the one. He should have said something like “I am the only Zanpakutou creator”…

What do you think guys?

Bleach 523 will probably be released this coming Friday or Saturday. If not, they are probably on a week break, and might be released next week (January 8 or 9) instead. I’ll update this post once the chapter is available. Stay tuned!