Fairy Tail 293 – The Perfume Dedicate To You

Fairy Tail 293 is up next, I guess the best battle is saved for the last. Fairy Tail has formed the strongest team composed of Natsu, Erza, Grey, Gajeel and Laxus. Watch out Sabertooth, you won’t be smiling soon. Meanwhile…

UPDATE: Fairy Tail 293 is now available. This chapter is entitled The Perfume Dedicated to You. You can now read this chapter on popular manga sites online.

Well it looks like the final battle in this tournament will be Natsu and Gajeel vs Sting and Rogue; Grey vs Rufus, Erza vs Minerva, and Laxus vs Orga. I hope the Fairy Tail will beat Sabertooth to pulp before something happens that could mess up the tournament. 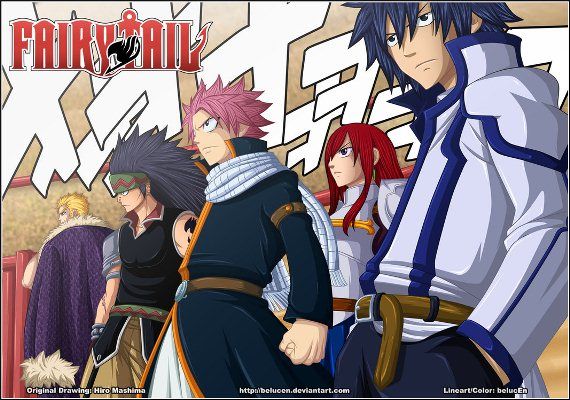 It seems that the enemy needs the Celestial Wizard or Lucy for their plans. What is Lucy’s connection with the Dragon King Festival, and what is the connection of this festival to the disappearance of the Dragons in the year 777? Perhaps Lucy’s mother, who is also a celestial wizard was somehow involve or connected with the disappearance of the Dragons and The One Magic (Ichinaru Mahō). Layla Heartfilia also died on the same year, 777. Perhaps she was also used the by enemies who were serving Zeref during those times.

The succeeding Fairy Tail chapters are getting more and more interesting. Can’t wait for Fairy Tail vs Sabertooth to happen. Fairy Tail 293 will most probably be released by Saturday (Eastern Time) or Friday (Western Time). I’ll update this post if Fairy Tail 293 spoiler or raw scans is available and when the chapter is released. Stay tuned!