Fairy Tail 296 is up next, this chapter is payback time for Natsu. Gejeel was supposed to be included but Natsu kicked him out of the match. Natsu vs the Twin Dragons (Sting and Rogue). Who will win? This chapter is going to be epic! Meanwhile…

UPDATE: Fairy Tail chapter 296 is now available! In this chapter Natsu will fight Sting and Rogue! Will he use Dragon Force? Find out. You can now begin reading this chapter on popular manga sites online. 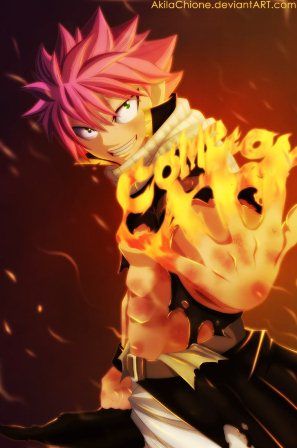 Sting thought he won, unfortunately for him Natasu and Gajeel was tougher. Both of them stood up as if nothing had happened. On top of that, they were also able figure out Sting’s every move and execution. Natsu had a reply, and to make the battle more interesting he kick Gajeel out of the battle. Natsu is all fired up and he will be facing both Sting and Rogue at the same time.

Did Natsu already figured out how to activate his DF, or he plans to face Sting and Rogue without DF? If so, this would mean that Natsu is more powerful than Sting and Rogue, even if he is not in DF mode. I’m really excited to see this in Fairy Tail chapter 296.