Fairy Tail 300: The Place Where the Souls of the Dragons Rest

Fairy Tail 300 is up next, and to celebrate the 300th chapter, the covers will be colored. At last, after two chapters of filler chapters, we are back to the main story line. Where di we last ended? Gajeel found a dragon’s graveyard. There were lots of dragons slain or thrown in that place, and most probably it has something to do with the dragon festival that is about to happen. Or it has something to do with the disappearance of the dragons years ago.

UPDATE: Fairy Tail chapter 300 is now available. We are back to Daimatou Enbu Arc. 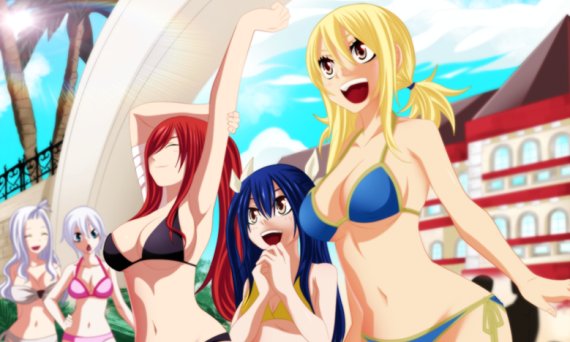 In the previous chapters there are few questions that are left unanswered. First, what happened to Gajeel after he discovered the huge graveyard? I’m sure if Gajeel was able to relay what he discovered to Natsu or to their master, they will investigate the matter.

Second, who was the girl Jellal was following? Jellal had a shocked face when he saw the face of the girl. He knew the girl. Now, there are rumors going around in the Fairy Tail community that it was Lucy from future. But I guess that is a totally far out theory. Well, any other theory as to who the girl is?

Fairy Tail 300 might be released earlier like the previous chapter. Sometimes the chapters are released on Friday instead of Saturday. I’ll try to post Fairy tail 300 spoilers when they become available. But I’ll definitely update this post once Fairy Tail chapter 300 is released. Stay tuned!