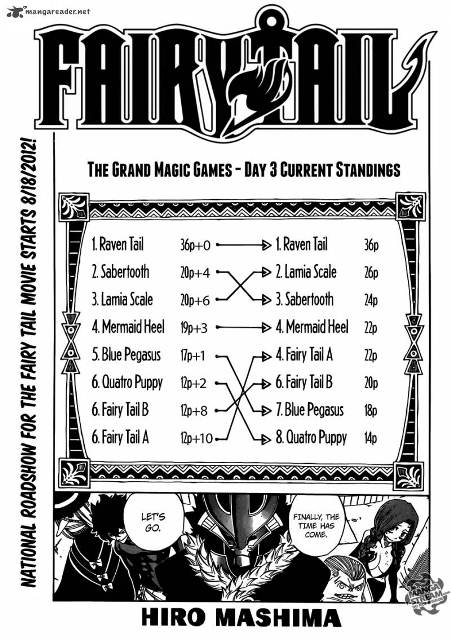 Next is Ogra, getting the first four digit figure of 3825. Then Jura with a score of 8544. And finally Cana Alberona. Cana was helped somehow with the mark on her arm. She unleashed Fairy Litter and scored a whooping 9999 breaking the MPF itself. That was an easy victory for the fairy tail.

But the next round will be a duel between wizards. And the first fight will be Raven’s Claw’s Alexei vs Fairy Tail’s Laxus. Who will win the battle?

If you love Fairy Tail, please support Fairy Tail manga buy buying its official and original volumes once it is available in your region.

Fairy Tail is also available in Blu-Ray/DVD Combo below.