Naruto 615 is now available! . We have just seen the heroic sacrifice of Hyuuga Neji to protect Hinata and Naruto. The alliance are slowly loosing and it seems that there’s no way they can defeat Madara and Tobi, or even stop the Juubi. The Juubi will be transforming again soon. How can the alliance survive? Find out in Naruto chapter 615.

UPDATE: Naruto 615 is now available! It thought the manga is on a week break but turns out that it was only delayed and released after Christmas. Naruto chapter 615 is entitled “Connected”. 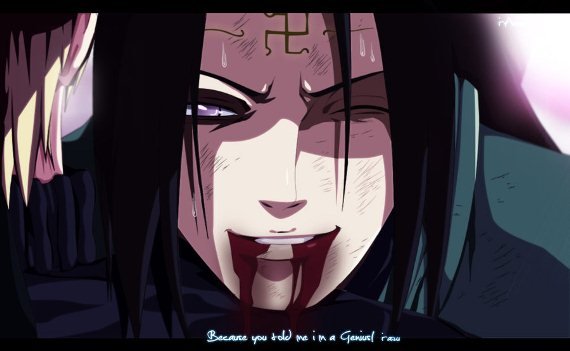 Kishi seemed to be eliminating one character from another. First Shikaku Nara then Hyuuga Neji, not to mention the other unnamed Shinobis of the alliance. Neji is a major character and how come he died?! Is this the final arc or something where things get serious and even major character dies?

Anyway, they still haven’t executed Shikaku’s last strategy, and as of the moment, Tobi is in control. Madara could easy destroy the alliance in front of them with just one bijuudama from the Juubi. But he can’t, because Tobi will also die. And if Tobi dies, Madara won’t be revive and he won’t become the Jinchuuriki of the Juubi.

The Juubi is also nearing another transformation. Perhaps this could be its final form. I’m not sure if my theory is correct or not. Many major characters died during this war. But I was thinking that at the end of this, they will be revive by Tobi’s rinnegan, like what Nagato did when the Konoha was destroyed. Tobi could perhaps do the same since he has the rinnegan eye.

But things are very unfavorable for the shinobi alliance. Madara, Tobi and the Juubi are way to powerful for them. I’m not sure either if Naruto or Kakashi can bring Tobi back to the light since he is too clouded by hatred and anger. I’m still looking forward to see Sasuke participate or contribute something to end this war.

I think that would be for now. I’m still clueless as to what Kishimoto might show us in the Naruto 615 chapter. What do you think guys?

By the way, I’m not sure if Naruto 615 would be released by Tuesday or Wednesday (December 25-26) since it’s already Christmas. And the following week would be New Year. Anyway I’ll update you guys. So stay tuned!

Note: Please do support Naruto Manga by buying the original volumes when they become available in your region.