Naruto 616 is now available (finally)!, after Neji’s death and many other casualties, Naruto is starting to sink and looks like his loosing hope already. Tobi’s wrath is just unforgiving. But luckily, Hinata is there is push Naruto and convinced him to continue hoping and fighting. Will Hinata give Naruto a new source of power to fight Tobi, Madara and the Juubi? Find out in Naruto chapter 616.

UPDATE: Naruto chapter 616 is finally out after 3 weeks of waiting! This chapter is entitled Whirling and Enduring. I’ll post my Naruto 616 review soon.
UPDATE: Naruto 616 release date will be by Third week of January 2013. There is no manga this week since they are on a long vacation. I’ll update you as soon as the chapter is released. Stay tuned! 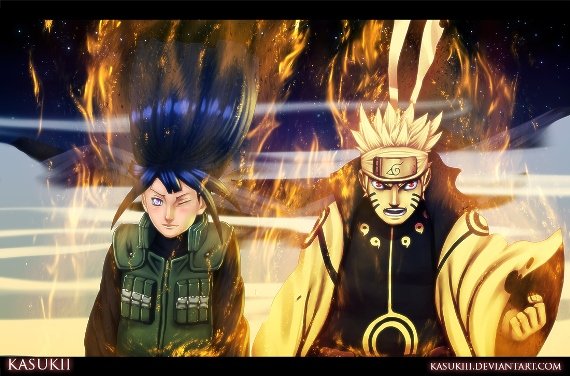 Last chapter just confirmed a death of another major character in Naruto – Neji the genius, along with other unnamed shinobis from the different clans. Tobi was very persistent in playing with Naruto. He was really trying to pull Naruto down to his situation and make Naruto drown in despair, sorrow and loneliness.

Good thing Hinata was still alive. Naruto received a slap on his face from Hinata, just when he was about to loose it. That was close for Naruto. If it weren’t for Hinata, Naruto might have ended being Tobi after witnessing such many deaths.

It seems that Tobi has become impatient. This might be the downfall of Tobi. Now that Naruto and Kurama has been recharge, it’s time for a counter attack. But it’s too early yet to celebrate. The battle has not even reached its climax. The Juubi has yet to transform again.

With the new strength given by Hinata, Naruto could damage the Juubi somehow or find a way to severe the Juubi’s connection with Tobi and Madara. But I think they will need more than their power to defeat their enemies. Right now I don’t have any clue as to how they can defeat them. I mean Madara alone is just too powerful for them. And with the addition of Tobi and Juubi, it’s nearly impossible for the ninja alliance to defeat the enemy.

One solution I see, other than trying to attack it with good tactics, is Sasuke. I think Sasuke has a weapon or a solution on how they can stop Madara’s madness. What do you think guys?

Naruto 616 will probably be released this coming Friday or Saturday, like last week. If not I guess its on a week break and will be released on January 8 or 9, 2013.

I’ll updated this post once Naruto 616 is released. Stay tuned!