You heard (read) it right! All of the BlackBerry Playbook, regardless of size are all sold for $299 USD only. Of course it is expected that the 64GB would run out first since it’s just the same price with the 16GB model. 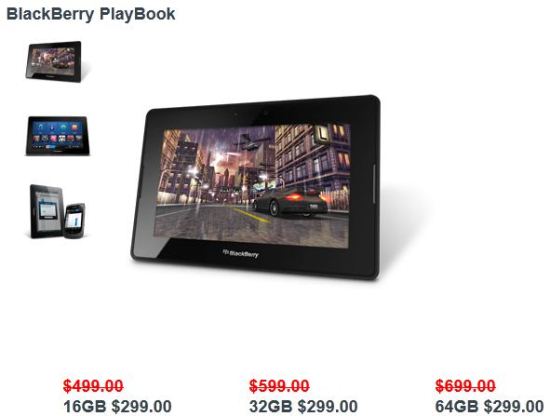 Let me just refresh you at some of the features and specifications that a BlackBerry Playbook has to offer:

“Discover a truly uncompromised tablet experience with the BlackBerry® PlayBook™. At less than half an inch thick, with a 1GHz dual core processor, it’s both ultra-portable and ultra-powerful, so you get high performance at every turn: stunning multimedia, true multitasking, and access to the whole Internet – no exceptions.”

BlackBerry Playbook runs on its own operating system, BlackBerry Tablet OS. But if you want to turn it into an Android Tablet instead, I think there are hacks and mods already available.

This sale is just insane and has been one of the most anticipated sale since last year. But you will have to hurry, the BlackBerry Playbook Fire Sale will only be until February 4, 2012.