Samsung Galaxy B : A Bezel-Free Smartphone could be the next BIG thing

According to reports, Samsung is currently working on a bezel-free Android smartphone called Samsung GALAXY B. This upcoming smartphone is said to have no space between the edge of the screen or almost bezel-free. Meaning the screen/display is edgeless on its sides and bottom according to Korean MK News. And there is only a small portion at the top where an earpiece and a front facing camera will be placed. 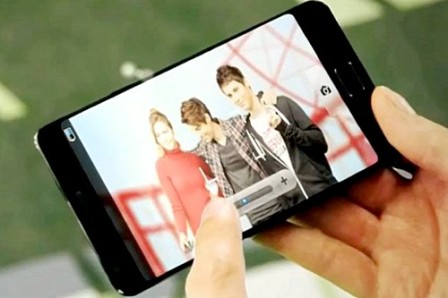 The image above is not the actual Galaxy B, but you get the idea. Just extend the screen sideways and at the bottom, leaving no edge. It’s like your just holding the display itself.

The Samsung GALAXY B is reported to feature a Super AMOLED display. This bezel-free smartphone from Samsung could be another break through for them. Reports also say that Samsung has been developing this since last year.

Right now, I’m not sure if this Samsung Galaxy B is the much awaited Samsung Galaxy S III. But we will probably know more when it is unveiled that the Mobile Word Congress (hopefully). Samsung Galaxy B specifications are also unknown, aside from the Super AMOLED display. Most probably the Galaxy B will be powered by Samsung’s latest Exynos processors.

So far that’s the information I got regarding this mysterious Samsung Galaxy B. I will update you more once more information will be available.