Are you a Samsung Galaxy Note fan or user but can’t get enough of it? Worry not, Samsung will be releasing Samsung Galaxy Note 2 this coming September. Haven’t you noticed? Almost all models of Samsung Galaxy smartphones or tablets have 2nd or 3rd version/generation. Samsung has been doing this to keep their lineup popular, attractive and salable. 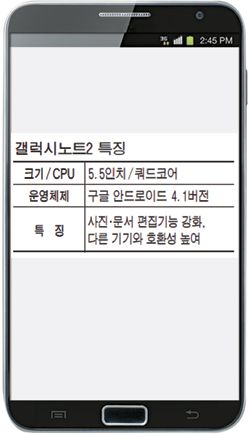 The Samsung Galaxy Note 2 is said to feature a whooping 13 megapixel camera and a huge 5.5-inch display, which is slightly larger from its predecessor the Galaxy Note. Not only that, the display will feature Samsung’s “Unbreakable Plane“, a precursor to Samsung’s flexible display.

Further, the Samsung Galaxy Note 2 will running on the latest Android 4.1 Jelly Bean operating system, just like the Google Nexus 7. It will be powered by a quad core processor and a 2GB memory.