Having fun with your Galaxy S3, or perhaps you haven’t bought one? Well think twice cause Samsung Galaxy S4 is rumored to be coming early on 2013. According to SamMobile, Samsung is planning to unveil new smartphone lineup this coming April 2013. This could include the Samsung Galaxy S 4 or their next lineup called “Project J“. 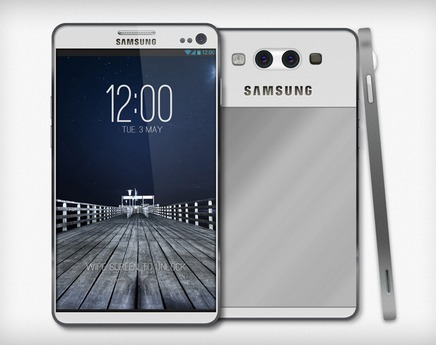 We are not sure yet whether this so-called Project J is the Samsung Galaxy S4, or they are a totally new lineup with a new brand name. But according to rumors, the Project J smartphone will feature a more or less 5-inch display, will be running on the latest Android operating system and is powered by a Quad Core processor.

Aside from those, the Samsung Galaxy S4 or Project J will feature Full HD AMOLED screen and a 13 megapixel rear camera. Well, based on the specs alone this new smartphone is one phone that we should expect much.

Despite the legal war going on with Apple and Samsung, Samsung has been producing poplar smartphones since Samsung Galaxy S II, an award winning phone. Recently the Galaxy S 3 was declared as the most popular smartphone in UK. Perhaps the Galaxy S4 could do even better.

Aside from the rumored Galaxy S4 or Project J, Samsung is also rumored to be developing fresh new tablets to combat the Asus Transformer series. It’s rumored to be a 13.3-inch tablet with QWERTY dock.

I’ll update this post or publish another article once new information comes out regarding the Samsung Galaxy S4. Stay tuned!