Samsung has recently introduced the Samsung Galaxy S4 Mini GT-I9190, a mid range Android smartphone, with similar looks to that of the popular Galaxy S4, but with downgraded specs and size. In this article, let’s compare the specifications of the Samsung Galaxy S4 and the Galaxy S4 Mini. I’ll also include in the comparison the Exynos version (GT-I9500) and the Snapdragon version (GT-I9505) of the Galaxy S4. Check them out below. 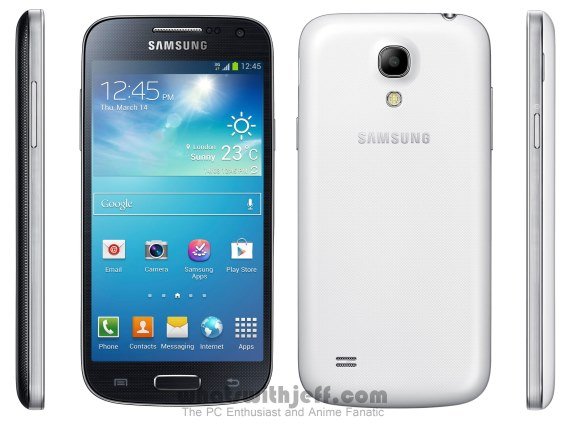 The Samsung Galaxy S4 Mini is obviously not as powerful and fast as its big brother the Galaxy S4, but it offers a more compact design that is easy to carry and operate with one hand. It is powered by a 1.7GHz dual core processor which is not so bad, considering that this is a mid range Android smartphone.

The Samsung Galaxy S4 Mini has only an 8 megapixel rear facing camera and a 1.9 megapixel front facing camera. Its camera doesn’t have the kind of features that the Galaxy S4 has, but it has a set of features of its own. The S4 Mini’s camera has Sound&Shot that lets the users store sound and voice together as pictures are taken. It also features Panorama Shot, a feature not so unique anymore. It’s also preloaded with S Travel Application and Story Album Function.

In terms of price, it’s obvious that the S4 Mini would have a much lower price than the S4. This is just like the Galaxy S3 and S3 Mini before. I just wish Samsung would create a “mini” version of their flagship with a closer specifications or feature from that of their big versions.