Samsung Galaxy Y, a.k.a Samsung Galaxy Young, was unveiled a couple of weeks ago. Now you can see the Samsung Galaxy Y already in malls and local cellphone stores. For a price of only 5,990 (that’s around $140 USD) you might be thinking if it’s worth your money or not. Let’s find out. 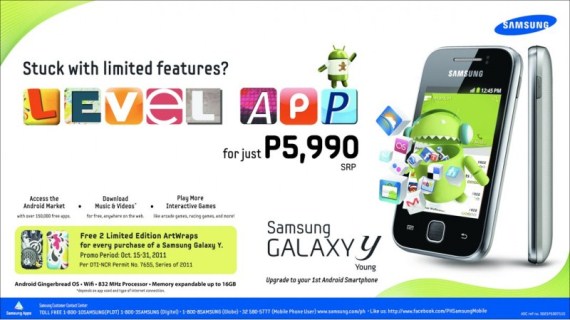 While I was doing some window shopping yesterday, I decided to check out and try Samsung Galaxy S II and HTC Sensation XE. Suddenly, a big ad was posted on the cellphone shop saying: “SAMSUNG GALAXY Y for only Php5,990!” I said wow! That’s even cheaper than the Nokia 5110 many years ago (hehehe).

Instead of checking out SGS2 and Sensation XE, I ended up checking out Galaxy Y instead. The sales lady was kind enough to let me try the phone. Unfortunately I was not able to grab some pictures of me trying it out.

The Samsung Galaxy Y has a small form factor. It’s small but it fells sturdy. The screen size or display is only 3 inches. The front looks like your typical Samsung smartphone, except that it is smaller. Meanwhile the back has a metallic grey finish. The aesthetic is good and looks decent enough. 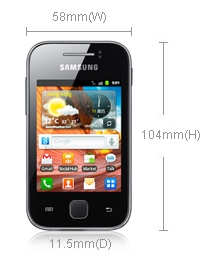 Considering the price, you can not expect a super AMOLED or an SLCD in this unit. Unfortunately, it has a resolution of 240×320 with 133 pixels per inch only. But it does not mean that this phone totally sucks.

Despite the limited display, this phone has quite the processing power to meet your needs. It features an 823MHz processor and runs with the latest Android 2.3.5 Gingerbread OS. If you take a lot at the other phone in this price range, most of them (if not all) only has a 600MHz processor built with it and runs on the old Android 2.2 Froyo. Considering the price tag, the processor and OS built with Samsung Galaxy Y, it’s really a value for money smartphone (or bang for the buck). 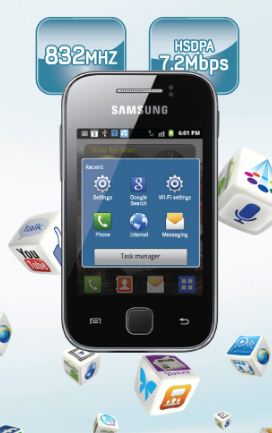 You might ask how about the camera and picture quality? Since this is a Php 5,990 phone, of course you can’t expect to have the same quality photo like the one in SGS2 or iPhone 4. The Samsung Galaxy Y has a 2MP camera with no LED flash. Photo quality taken with this phone is fare. When you try to take some pictures in broad daylight or out doors (during day time), the quality is good enough. But don’t expect too much specially in low light situation.

Generally speaking, the phone’s features and specifications are impressive for its price. But like other Samsung Galaxy phones, the battery life might be an issue for some. The battery life of the Galaxy Y does not last long. In normal use, it might not survive in 1 day. And if you are a heavy user you definitely need to recharged it once or twice a day. Other than the battery life, I could not find other cons or disadvantage of Samsung Galaxy Y.

For me, the Samsung Galaxy Y is one of the best entry-level smartphones I have tried. It’s very affordable and since it’s running on Gingerbread, you can do most of the things that other smartphones, that also runs in Android Gingerbread, can do. Check out the complete Galaxy Y Specifications below. 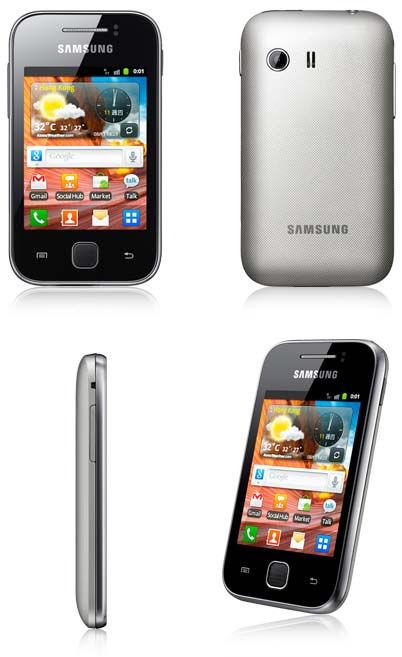