The much awaited PlayStation Vita or PS Vita is rumored to released this October 28, 2011

An IGN reader sent IGN an advertisement from Blockbuster in UK showing the release date of PS Vita (Wi-Fi only) and PS Vita (3G and Wi-Fi). As seen in the image below, PlayStation Vita will be released on October 28.

However, this ad is still not confirmed weather it’s true or not. If it were, PS Vita might be released in some regions earlier than expected. 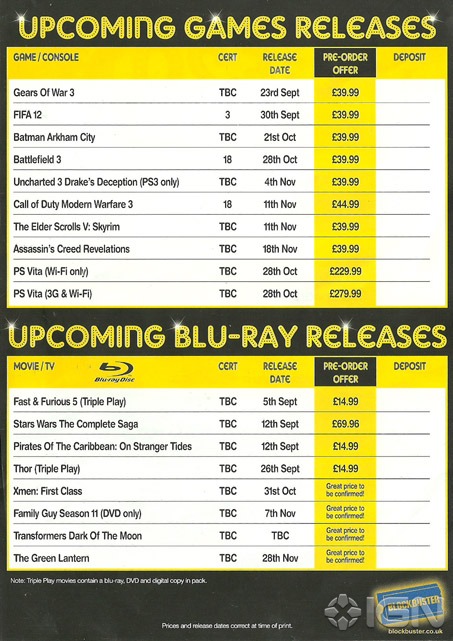 The price indicated in the Blockbuter UK ad is slightly cheaper are compared to the originally announced PlayStation Vita price here.

Well, let’s just hope that PlayStation Vita would be release on or before Christmas season. This will be a one heck of a gift for gamers this Christmas.

All I want for Christmas is a PlayStation Vita indeed! ^_^

You might also want to check out: Watch PSVita in Action With New Game Titles