Sony has recently announced a series of XPERIA smartphones, including their new tablet that carries the XPERIA brand. This new tablet is the Sony Xperia Tablet S, a somewhat upgraded version of the original Tablet S, only it’s lighter and slimmer. The new Xperia Tablet S sports a 9.4-inch IPS display at 1,280×800 pixel resolution, runs on Ice Cream Sandwich, and is powered by NVIDIA’s Tegra 3 Quad Core processor. 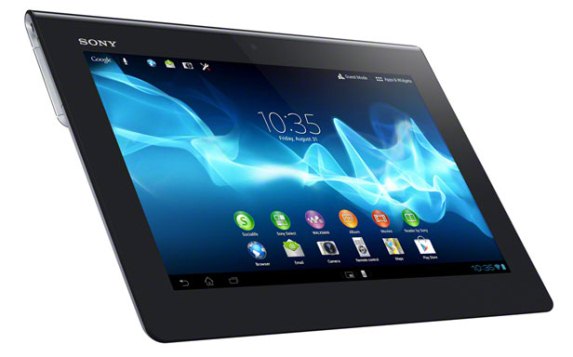 The new Sony Xperia Tablet S features an IR transmitter so that you can use it as a universal remote control. It also features a Guest Mode where the user can restrict access to certain apps just in case somebody else is using the tablet. It’s also installed with an app called Watch Now for live TV viewing.

Since it’s powered by a Tegra 3 processor, the Sony Xperia Tablet S is packed with a huge 6,000mAh battery capacity giving the users more time to play with it. Although Sony will launch this device running on Ice Cream Sandwich, an Android 4.1 Jelly Bean update will follow soon.

Below are the respective prices of the Xperia Tablet S:

This device is expected to be available by September 7. More information will be revealed at IFA 2012 this week. This tablet is expected to be a hit, most probably it will compete with leading tablets like the iPad 3, Asus Transformer series, and Samsung Galaxy Tab 2 / Note 2 series.