Finally, Kirito was able to save Asuna from her virtual prison in Alfheim Online, and defeated Fairy King Oberon, a.k.a Sugou. But Kirito’s fight did not end in the 24th episode. And his final fight with the “boss” is not in ALO, but in the real world. Sword Art Online 25 is indeed the last episode of SAO season 1. It was a mix of real world fighting, “back-to-reality” moment and into another adventure again. But did you like how Sword Art Online ended on episode 25? For SAO lovers, many would say yes but would definitely want a season 2. For SAO haters, they are happy because finally the anime that they have been criticizing for around 25 weeks has ended. Well, as for me my reaction is a mixture. Please do continue reading my SAO episode 25 review below. 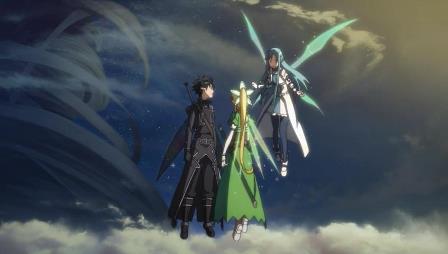 Okay, during the last episode of the probably most popular Anime in 2012, Sword Art Online, Kirito have his final battle with Sugou which they settled in the real world. Sugou ambushed Kirito, while Kirito was on his way to the hospital, to get revenge for what he did to him. We see some violence here, but it’s not like in ALO.

Despite Kirito’s anger, he held back and stopped himself from finishing Sugou, even if he was pissed off by him so much. He wouldn’t want to end up being a criminal. In the end, Sugou was captured, questioned and he and his company was shut down. While Kirito and Asuna finally met in the real world after 24 episodes.

After that, the whole gang met up to celebrate Kirito’s victory and discussed more about the World Seed. The last episode pretty much summarized everything about the Seed. But it did give us an idea of what are the possibilities of Kayaba’s legacy.

ALO was eventually revived, and I’m not sure if this was Kirito’s doing but Aincrad appeared in ALO. It’s like they are going to finish SAO in ALO. Definitely the game has upgraded to higher levels.

And we only get to see Asuna’s new look (elf look) just for a few seconds. We didn’t event know what race she took. I guess that didn’t matter either. I’m just pissed off that after all the things that happened, Kirito and Asuna didn’t have any grand scene before the series ended. Asuna was replaced by Lyfa.

I don’t know what you think guys, but I’m somewhat disappointed towards that end part. What about you?

By the way, what did Kirito said after Yui said “let’s go papa” and before Kirito said “okay, let’s go!”..??

Anyway, below is Asuna’s new look in ALO. At first I wasn’t able to recognize that it was her. I just realized it when I noticed the hair looks similar. 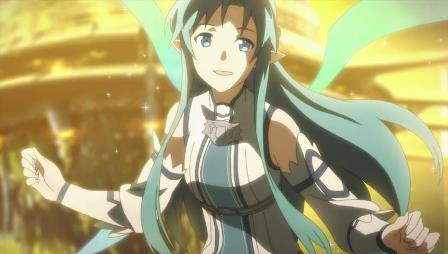 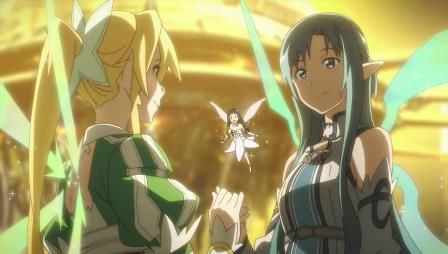 Oh well, at least it was a happy ending. I definitely would want to see more action. Kirito will be playing another game after ALO…

Most of you who liked SAO will definitely be looking for a season 2. I’m not really sure if Sword Art Online Season 2 would be materialized. But according to its light novel, SAO doesn’t end in ALO. After the Fairy Dance light novel (which is the Alfheim Online saga), is the Phantom Bullet light novel. In the Phantom Bullet, Kirito will be playing another VR MMORPG after beating SAO and ALO. The title of the next game is Gun Gale Online (GGO). Kirito looks like a girl in this game and he will be using a gun and a light saber! 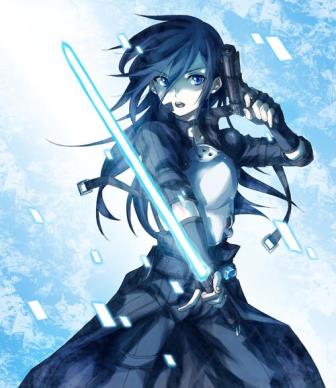 I’m really looking forward for SAO Season 2 – Gun Gale Online in 2013. We don’t have confirmed information yet. Most of the information circling around are just rumors and speculations as of this time.