Sword Art Online 25 is now available! , just a few days from now. SAO episode 25 is entitled The World Seed. But before the episode is released, let me give you a sneak peak of what to expect in episode 25. The fight is still not over yet, for Fairy King Oberon a.k.a Sugou still lives. If you want to have an idea what will happen in Sword Art Online 25 please do continue reading below. Otherwise, if you don’t want to get spoiled, check out my other articles. 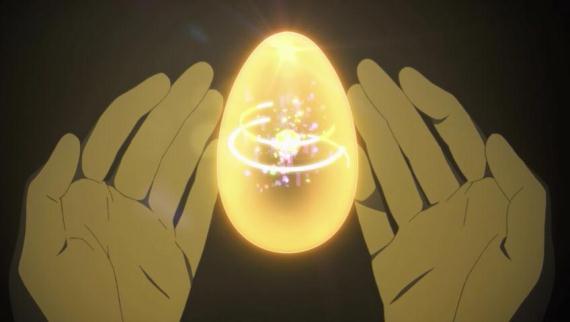 In the last episode, Kirito was able to defeat the Fairy King, in a brutal way if you ask me. But I think Sugou deserves it. It was a quick but painful defeat for Oberon. Kirito was able to save Asuna, at long last! But before he logged out, Kayaba Akihiko appeared again and gave Kirito “The World Seed“.

After logging out from Alfheim, Sugu was already in front of Kirito, in his room, waiting for him to come back to reality. After a little conversation with her sister, Kirito immediately rushed to the hospital. But…

As Kirito rushed towards the hospital, he encountered Sugou along the way. Sugou tries to stop him. And this time, he intends to finish Kirito in the real world. I won’t go into details, but Kirito fought back and stopped Sugou. Well, he did not finish Sugou, that would make him a criminal in the real world.

When Kirito arrived at the hospital he was almost there, but he lost to many blood and was hospitalized. Kirito was so close, yet so far because of his condition. Guess what happened next? “Sorry Kirito but you princess is in the other hospital…!“. Hmm don’t want to spoil you with this part, just watch the episode. ^_^

What is this “World Seed” that Kayaba gave Kirito? The Word Seed or Seed of the World was developed by Kayaba. It was a complete sensory environment for the FullDive system. A preset series of program packages. This is were SAO, Alfheim online and other VR world came from. There were born from it and they are the product of the seed.

But Kayaba’s intention is not limited to VR games only. The Seed can also be used for education, tourism, communication and etc. From the Seed, a new world could actually be born.

My Thoughts on SAO Episode 25

I really wanted to see how Kirito and Asuna would end up after this. Would they still play VR MMORPG after they have met in the real world? What will Kirito do with the World Seed? I’m really excited to see the next episode. Although, we won’t be seeing fighting scenes in SAO episode 25, except for the part where Kirito settles the score with Sugou in the real world.