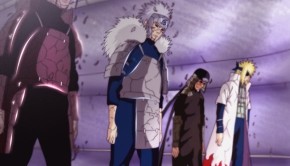 Naruto 619 was recently released. For this chapter, we won’t be seeing any action or fighting scenes at all. Except,

Naruto 619 is the next chapter in the Naruto manga series. During the last episode Sasuke, Orochimaru and the rest