This single slot graphics card is clocked at 775MHz core speed and has a memory speed of 1000MHz giving a boost of 1.48 teraFlops in gaming power. Not bad at all.
Because it only occupies a single slot, other slots in the motherboard can be utilized or the free space can be used to provide more airflow. 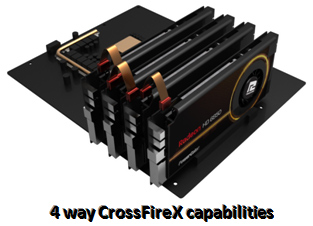 Since this is a single slot, we might have an issue in terms of temperature. Fortunately PowerColor used a better thermal design for this graphics card. It is mounted with three 8mm heat pipes with full cover cooling plate extinguishing the heat from its large pure cooper base.