Vampire Knight chapter 84 and chapter 85 are now available after three months of waiting. I wonder what happened to Hino Matsuri during those months when Vampire Knight was not released. A lot of fans were very excited to read the next chapters, at the same time disappointed because two months have already passed and still no chapters where released. 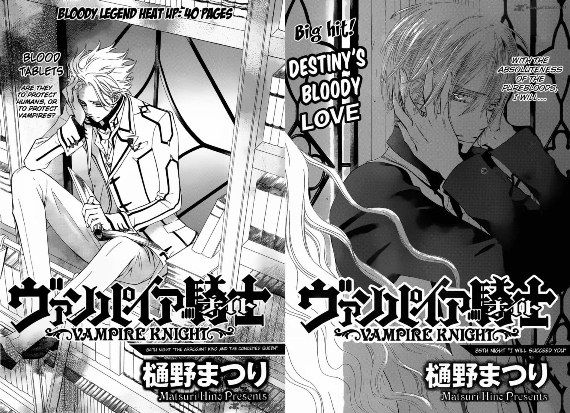 Anyway, the fight still continued in chapter 84, were we last saw Zero, Kaname and Yuki fighting. We also saw the rose vines, and this time butterfly-embodiments. I don’t want to spoil you any further, just read Vampire Knight 84 and 85 on popular manga sites. The chapter 84 contains around 38 pages, while chapter 8 is just around 81 pages, including the credits.