Some might call it PSP Vita but it’s actually PSVita, short for PlayStation Vita, as imprinted in the front of the gadget. This new portable gaming device takes mobile gaming into a new level of entertainment and gaming experience.

Watch the PSVita in action below:


Here is a list of the titles that was announced at the E3 convention. 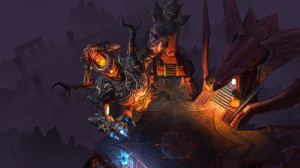 PSP vita or PS Vita will be officially available this December or early next year. So this might mean goodbye to your current PSP3000 or PSP Go?

For me I would definitely go for the new PSVita. The price is not that expensive too. I was expecting this to be priced at Php15,000-20,000 but if they followed the SRP of $249 and $299, that would only be around Php11,000 and Php13,000 in the Philippines. Although there is still the possibility that it will be priced a little bit higher.