Storage is one very important part in our everyday digital life. As time moves and technology advances, storage capacity grows bigger and bigger, as well as our demand for storage. Today, let’s take a look at Western Digital’s WD RE 4TB Enterprise class hard drive, model WD4000FYYZ. This is not the WD Black 4TB or the WD Red NAS drives. The WD RE is built for highest level of reliability and performance for 27×4 operations. Find out more details in my review below. 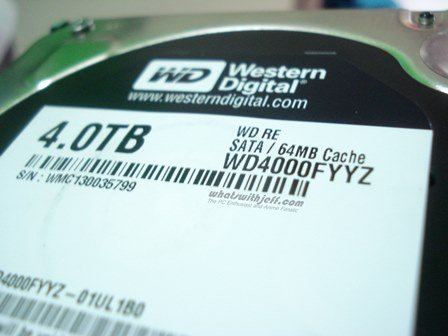 Aside from being able to perform faster (compared to typical hard drives) in 24×7 conditions, the WD RE 4TB is build with cutting edge technologies like:

For comparison, I have also added the specifications of the 3TB and 2TB models. 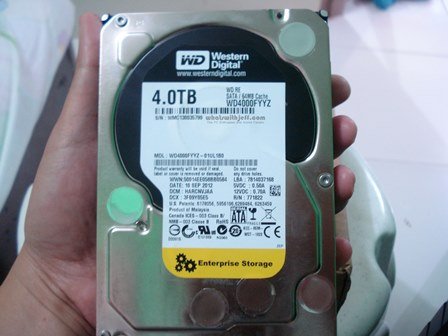 Now that we have seen the features and specifications of the WD RE 4TB enterprise hard drive, let’s take a look on how well does this drive perform. Below are benchmarks results I collected using HD Tune Pro 5.0, AS SSD Benchmark, CrystalDiskMark 3.0.1 and ATTO Disk Benchmark. For reference and comparison, I have also included the benchmarks that I got from the WD Velociraptor 1TB and a Samsung 830 128GB SSD.

Test setup used are as follows:

From the screenshots above, you can see that the WD RE 4TB returned with a minimum 84.2 MB/s read speed and a maximum of 171.8MB/s. Average read speed was around 132.7 MB/s. But the WD Velociraptor and the Samsung 830, as expected, yielded a much better result. With an average read speed of 161.6 MB/s and 374.8 MB/s respectively. You might notice that the line from the Samsung 830 benchmark result is not downward sloping. That’s the power of a Solid State Drive vs a hard drive, even if its compared to a high performance high drive. SSDs are way better than a hard drive, not only in terms of speed, but in consistency and stability as well.

The result is also true with AS SSD Benchmark, CrystalDiskMark and ATTO Disk Benchmark. The Velociraptor proved to be faster than the WD RE 4TB, but the Samsung 830 SSD is way faster and better than the two high performance drives.

You might be thinking that the comparison is a bit off. Well, it’s true, I should have compared the WD RE 4TB with a WD Black 4TB and a WD Velociraptor. Or better yet, I should have compared it with its contender, the HGST Ultrastar Enterprise drive. But I don’t have a WD Black 4TB or the HGST Ultrastar. And I didn’t bother to compare the WD RE with a WD Blue or WD Green since they are no match for an enterprise hard drive. But if you want to see how a typical hard drive fares with a high performance drive, you can see some graphs from my WD Velociraptor 1TB review.

I also noticed that as the drive gets populated specially when there is only a small percentage of storage left, performance tends to decrease with hard drives. The benchmarks above where conducted at 100% free capacity. So most probably that would be their “best” performance.

You might also think that a WD Velociraptor is the better drive here. Well, yes because it is faster. But the WD RE Enterprise drive is not only built for speed and performance, but also for 24×7 demanding operations. They have a much longer Mean Time Before Failure (MTBF) compared to other hard drives, meaning they last longer.

Just to give you an idea with the difference in their prices, below are the prices of a WD RE drive, WD Black drive, WD Velociraptor and other brands with 4TB capacity.

Prices above are subject to change without prior notice, and may be different from your local stores. 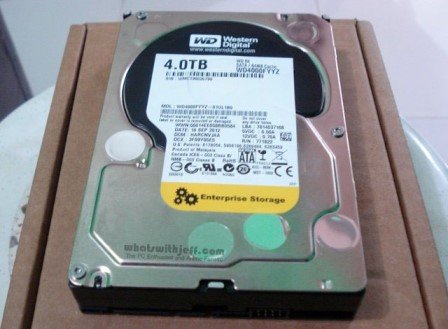 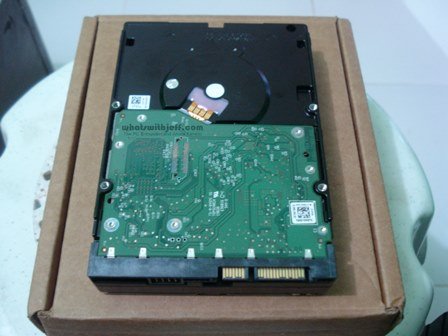 The WD RE 4TB is, without a doubt, a great hard drive. It’s not as fast as the Velociraptor or an SSD drive, but it offers a much larger capacity, of up to 4TB. And it’s definitely better when it comes to demanding 24×7 operations, specially for computer systems that seldom goes off, or doesn’t at all. I don’t see any major cons here and I don’t hear any significant noise as well. I guess the only cons would be its price. It’s expensive compared to other 4TB drives. It’s probably not for your typical consumer looking for a larger storage solution, for downloaded HD movies and other media files. But the WD RE Enterprise drive is a class of its own, and I guess that’s the price you have to pay for such a drive.

The WD RE 4TB Enterprise hard drive is available in major computer stores and online stores. It used to be priced around $599, but now you can get a 4TB for $390. It’s available in 2TB, 3TB and 4TB capacities. You can order now one here.