Western Digital is one of the leading manufacturers in creating high quality, state of the art hard drives and storage devices. WD did not want to get left behind or get beaten by its competitors, specially now that SSD are becoming more and more popular despite its price. WD has upgraded its Velociraptor lineup with the new Velociraptor 1TB WD1000DHTZ. Read more from its press release below. 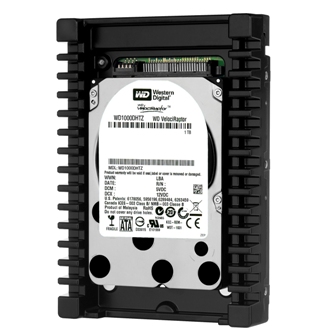 Western Digital has done it again, adding another state-of-the-art drive to its roster of high-performance hard drives. The new WD VelociRaptor 1TB hard drive has landed, with the largest capacity 10,000 RPM hard drive on the market today. The WD Velociraptor delivers an unmatched combination of performance, capacity and reliability, which makes it still the undefeated and ultimate drive for power users.

This high-speed gadget sets its course on the creative professionals; it is designed for high-performance PCs, Mac® computers and professional workstations that require a balance of high performance and capacity. Word has it that the WD VelociRaptor will also come in capacities of 500 GB and 250 GB.

Creative professionals use write-intensive applications that manage large, dynamic files. The WD Velociraptor is just the right hard drive for the photographers, videographers and digital artists, whatever their areas of expertise, be it a meticulous wedding photographer to the fierce fashion director and travel documentary videographers. One can never go wrong with the excellent performance the WD Velociraptor 1TB provides. 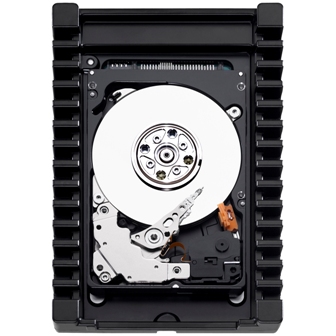 WD, being a leader of eco-conscious hard drives adds a feature in this powerful gadget. What makes it different from other drives is its ultra-cool operation, making it consume less idle power, but uses similar active power as the previous generation WD VelociRaptor while offering greater capacity and performance. The WD Velociraptor also comes with a halogen-free design, making this generation of WD hard drive environment-friendly.

WD VelociRaptor’s outstanding read and write performance across the entire disk capacity make it a perfect match for the creative professional and enthusiast who want to optimize their tools, enhance productivity, and increase storage space at the same time. The WD VelociRaptor 2.5-inch hard drive comes in the IcePack™ enclosure, a 3.5-inch mounting frame with built-in heat sink – a factory customization that fits the drive into a standard 3.5-inch system bay and keeps the powerful drive extra cool when installed in a high-performance desktop or workstation system.

Suggested readings: Western Digital Velociraptor 1TB WD1000DHTZ: Is it worth it?