Last June 11, 2011 at the SM Marikina Cyberzone Activity Area, The Women of Cosplay: “Ultimate Cosplay Parade” was successfully held. A lot of female cosplayers participated in the said event, including the Cosplay Queen herself – Alodia Gosiengfiao. 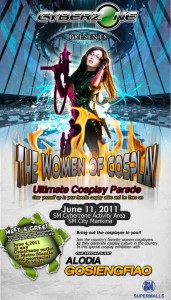 Aside from the many female cosplayers who exhibited their costumes, there were also photo enthusiasts who participated in the event to grab the opportunity of taking pictures of the cosplayers and their costumes. (And have a picture with Alodia ^_^)

The special guest from the said event is non other than Ms. Alodia Gosiengfiao, Cosplay Queen of the Philippines, who also made here way through the runway and exhibited her “pink angel” or “fairy” like costume. I think she used this costume when she made the Globe Tattoo broadband advertisement. 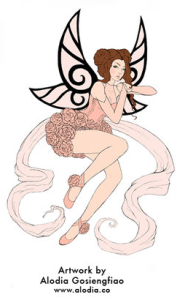 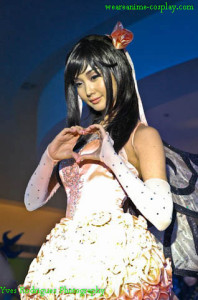 Want to know what transpired in the said event? Watch the video below and see as cosplayers make there way through the runway and display their creative costumes.