Zalman’s next flagship CPU Cooler, the Zalman CNPS14X is reported to be released by the end of July 2012. Currently details about the new CPU cooler is very limited, reports say that it will be priced at around $80-90 USD. 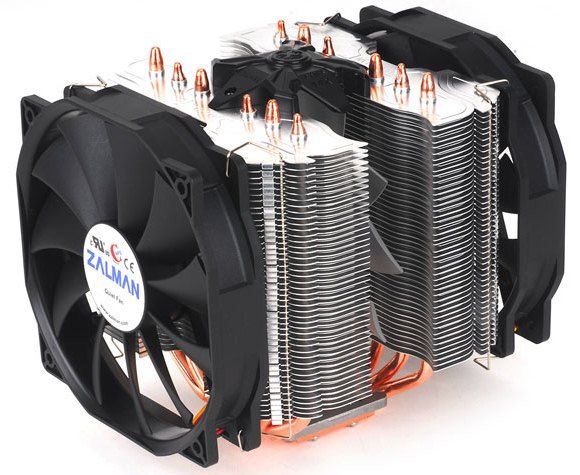 The Zalman CNPS14X, or Computer Noise Prevention System 14X, is the successor to the CNPS series and the latest high end CPU air-based cooler. It is classified as a large CPU cooler with a push and pull set up. 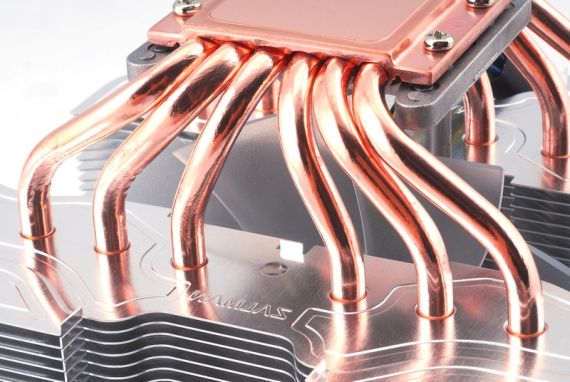 The CNPS14X weighs 875 grams and measuring 140mm x 126mm x 159.3mm. The two large aluminum fin stacks are connected by 6 copper heat pipes and is cooled by three 140mm fans. The two 140mm fans are visibly located at both ends for a push and pull setup, while the third one is hidden in between the two aluminum fin stacks. 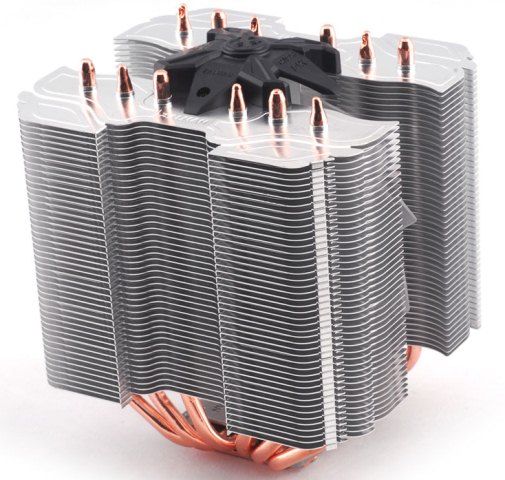 The Zalman CNPS14X is compatible with almost all socket types currently available. These includes the popular Intel LGA1155, LGA2011, LGA1156, LGA1366 and the old LGA775. It also supports the latest AMD FM1, AM3+ and AM3 down to AM2+ and AM2 sockets.

I’ll post update soon when this CPU cooler is available on the market or on online stores.