The ZTE Skate 4.3 is now available in Philippines after its successful global roll out in Brazil, Spain, U.K. France, Malaysia, Indonesia, China and in the United States. The ZTE Skate 4.3 features a 4.3-inch capacitive display, runs on Android 2.3 Gingerbread OS and is powered by a 1GHz Qualcomm processor. 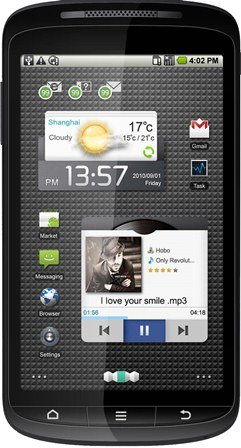 The ZTE Skate 4.3 also features a slim body with 11.35mm thickness and weighs 148 grams. According to James Chen, President of ZTE Philippines; ” “We at ZTE are extremely enthusiastic about the launch of the Skate smartphone in the Philippines,” “The Skate is a building block upon the success of our Blade model and is an important step forward for ZTE’s entry into the middle-to-high end smartphone market.”

The ZTE Skate 4.3 is expected to follow the footsteps and success of ZTE Blade, the company’s flagship smartphone which was launched last year. The Skate 4.3 has an SRP of Php13,990 in the Philippines. Check out the Skate 4.3’s specs below:

The ZTE Skate 4.3 looks like a promising smartphone. But why is it running on Gingerbread only? It could have been better if it was running on Ice Cream Sandwich out of the box.