Have you played Chrono Cross already? This may be an old school game since it’s a game from PlayStation 1. 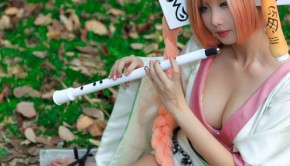