A couple of days ago, the all new Samsung Galaxy Note 3 has been revealed. Featuring a nice 5.7-inch Super AMOLED display with full HD resolution, 1080×1920, 386 pixel density, and is powered by a Qualcomm Snapdragon 800 Quad Core processor clocked at 2.3GHz, with Adreno 330 for its GPU. Although it has the same dimensions as of the previous Galaxy Note 2, it can be observed that Samsung made some few changes with the design. It has a metal rim, just like the Galaxy S4 and the back cover has a “stich” design on the edge making it look like it has a leather covering on the back. You can also notice the new artistic default wallpaper of the Samsung Galaxy Note 3. Luckily, the said wallpaper was already leaked before the official launched date of the Note 3, and you can download it below. 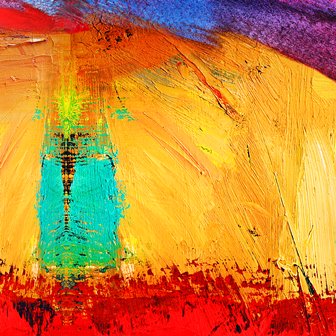 The above image is the official Samsung Galaxy Note 3 wallpaper, and you can also see the same wallpaper in the Samsung Galaxy Note 10.1 2014 Edition. The full version has a resolution of 1920×1920. As I read the comments of the others from the different tech blogs, many of them said that the new wallpaper of the Galaxy Note 3 looks ugly. But I think it’s pretty artistic, nice and very warm. I have downloaded the wallpaper and it looks great on the Galaxy Note 2. But I still prefer cool or greenish color that is relaxing to the eyes like sceneries, landscape and the likes.