Watch Evangelion 3.0 You Can (Not) Redo Opening Scene and Some Spoilers

Evangelion 3.0 You Can (Not) Redo is already showing in Japan theaters. Believe it or not, Hideaki Anno and Kahra’s fourth remake of Evangelion made a box-office record earning 1,131,004,600 yen or $13,913,200 in its first week. It sold a total of 771,764 tickets on 224 screens and probably even more as of to date. For all those Evangelion fans out there who are outside Japan, you can watch the opening scenes below that will surely make you want to watch the whole movie. Watch the first 6 minutes of Evangelion 3.0: You Can (Not) Redo 720p HD below. 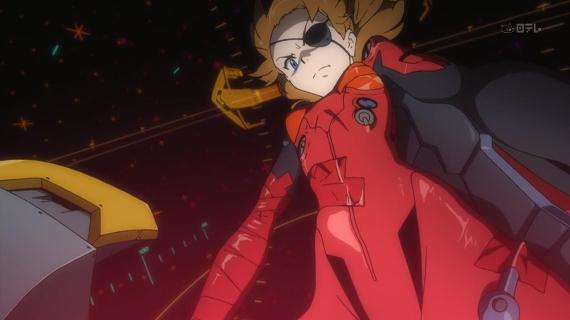 Evangelion 3.0: You Can (Not) Redo Opening Scene

Just hit the “change quality” button to 720p for the HD version, just in case you get the 320p version. And for the English subtitles just hit the caption button.

Well what do you think? I’m an Evangelion fan and have watched every Evangelion series and movie that Hideaki Anno created. And seeing the opening scene just made me want to watch the whole movie even more. I’m very excited to see how this theatrical version will end on Evangelion 4.0 this coming 2013.

WARNING: This section contains some spoilers about the movie.

You might be wondering, if this is the opening scene of the movie, what happened to Shinji and Rei? If you have seen Evangelion 2.22 You Can (Not) Advance, the last scene there was Shinji triggered the third impact while trying to save Rei. Kaworu Nagisa also appeared after the ending credits, revealing that it was him who threw a spear to stop the Eva Unit 01 from triggering the third impact further. So watch happened next? 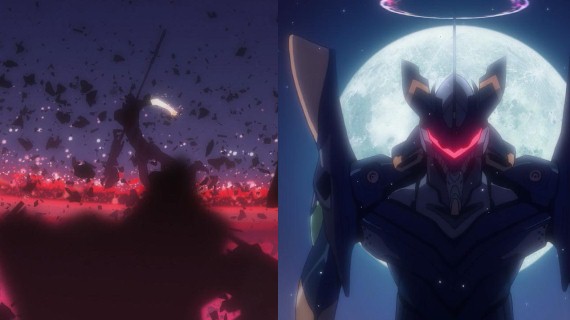 Well, Evangelion 3.0 took place 14 years after the said event. The big object that Asuka and Mari Makinami Illustrious was trying to capture was actually the frozen Evangelion Unit 01 with Shinji Ikari inside. Sinji was just revived by Misato’s group.

Misata formed an anti-NERV group to combat Gendo Ikari, who, as some of us might know, is trying to destroy the world.

Rei II, the one that Shinji was trying to save is dead. And Ikari cloned Rei II and created Rei III for his own purpose. Actually that also happened on the original Evangelion Anime series.

Most probably Shinji will also like Kawuro in this movie, to the point that it may look like they are homosexuals, just like in the Anime series. But with some improved modifications.

I’m really excited to see this movie. Evangelion 3.0: You Can (Not) Redo was released on November 17, 2012 on Japan. There is not date yet as to when will it be released outside Japan. Let’s just hope that it will be out very soon enough.