This girl is simply amazing. She will wear any costume that she likes. She likes wearing Anime costumes and participate in Cosplay conventions. The girl I am talking about is Alodia Gosiengfiao also known as the “Cosplay Queen of the Philippines“. For the Cosplay community she is their Cosplay Goddess. 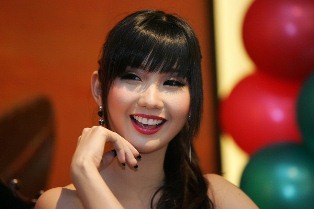 Alodia Almira Arraiza Gosiengfiao was born on March 9, 1988 in Quezon City, Philippines. She will be turning 23 this March. Her father is Filipino-Chinese while her mother is Filipino-Spanish. She is currently studying at Ateneo de Manila University taking up Information Design. She likes art, fashion, video games (yeah guys! she’s a gamer), synthesizers and obviously she loves cosplays. 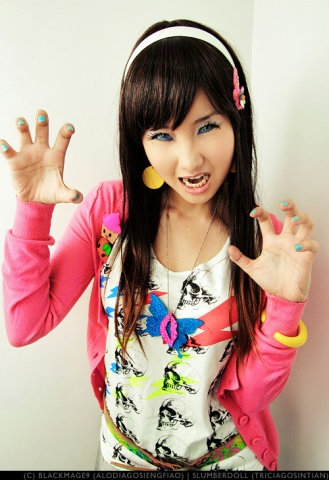 Alodia Gosiengfiao loves to join and participate in Anime conventions specially costume plays, or popularly known as Cosplay, competitions. Alodia and Ashley (her sister) became popular when they participated in the C3 Convention 2003 as Gun Mage Rikku of Final Fantasy X-2 as her Cosplay, and her sister, Ashley Gosiengfiao as Yuna of Final Fantasy X-2. Because of the said event, Alodia and Ashley Gosiengfiao were featured on the cover of Culture Crash Magazine issue 14. Culture Crash Magazine is a Philippines Manga Magazine. And after that faithful event, she continued to Cosplay different characters, most are Anime and video game characters, and became model and endorser in different products and magazines. Alodia eventually became the Cosplay Queen of the Phillippines. She became more popular everyday. She became so popular that she was able to have hundreds of thousands of fans both locally and internationally. Anime lovers and Cosplay fanatics considers here as Cosplay Goddess.

Here are some of Alodia Gosiengfiao’s achievements:

Check out also Alodia and Ashley playing Call of Duty Black Ops. What will you get when two girls play COD Black Ops and kills off zombies? Read more about it here: Ashley VS Alodia Gosiengfiao: The COD Black Ops Zombie Match