11 bit studios has recently released a tactical strategy game called Anomaly Korea. Navigate and help the convoy accomplish their mission as they traverse the ruined streets of Korea, infested with high tech machine from the enemy. It’s like a tower defense type of game but, you are the attacker in this game and crush the enemy’s defenses. You can download Anomaly Korea below. 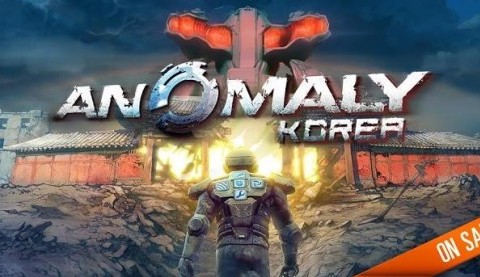 The sequel to the critically acclaimed ‘Anomaly Warzone Earth’!

The alien robots are back and this time they’ve got Korea in their sights. It’s your job to lead a squad into fierce fire-fights and fend off the alien invasion. Plan your routes carefully and use new units and powers to turn the tide of war against a horde of new enemy threats.

AWARD-WINNING GAMEPLAY
Flipping the tower defense genre on its head, you play the invaders leading your unit into alien-infested districts. Plan carefully, use your money and powers wisely, and make it through unscathed.

A NEW WAY TO PLAY
Keep an eye on the action from a top-down perspective and use tactile touch controls to assemble your squad, plan your route using the new tactical map and simply execute player powers such as Boost, which speeds up your unit’s offense. Test your leadership abilities in the new ‘Art of War’ trials.

CUTTING-EDGE PRESENTATION
This thrilling portable strategy game comes to life in stunning detail on your device with stunning high-definition visuals and attention to detail. Anomaly Korea delivers an atmospheric soundtrack and full voice acting – this is console gameplay on a portable device.

Anomaly Korea requires around 300MB of storage space and Android OS 2.2 and up. You can download Anomaly Korea for Android here