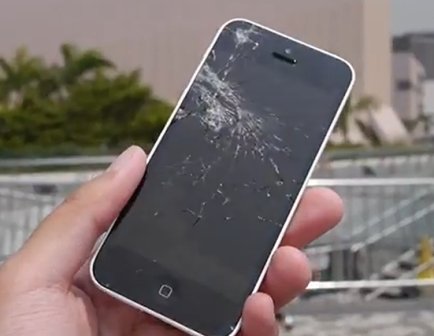 
Based on the drop test that they have conducted, the iPhone 5s proves that aluminum body is tougher than plastic shell. That’s one of the major advantages of an aluminum shell. However, if you have noticed, an aluminum casing easily gets scratches and bumps. And I’m pretty sure, if the angle was just right, the display of the iPhone 5s would have also shattered like in the case of iPhone 5c.

The iPhone 5c is made out of plastic. But it is still a tough plastic shell. Too bad for the display that it shattered with a direct impact on the floor. And I’m sure that will also be the case with the iPhone 5s or any other smartphone if faced with the same conditions. Sometimes you’re just lucky that it didn’t shatter.

By the way, the iPhone 5s and iPhone 5c drop tests are case to case basis. Results are not always the same, and will vary depending on the situation or environment. Sometimes you get unlucky and your iPhone 5s or 5c breaks even from a single drop. So, don’t do this at home.