Why the iPhone 5c is a Disappointment and a Deceptive Product

A couple of days ago, Apple officially unveiled the iPhone 5c. A lot of us were thinking that the new iPhone 5c would be a cheap version of the iPhone. Some of us think that it would be an entry level or a mid-range phone. But we do know that it would be a phone covered in plastic, thanks to the rumors and leaked images spread across the net before its official announcement. But after seeing the iPhone 5c and finding out what really is inside it, I was totally disappointed about it. I would rather get an iPhone 5 than a 5c. Why? Continue reading below. 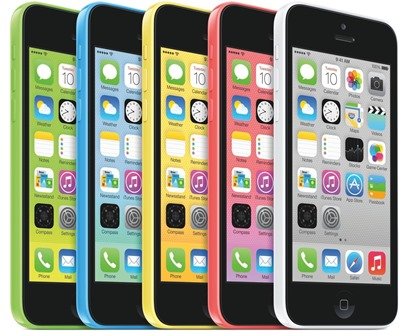 Why am I disappointed with the iPhone 5c, and why would I rather get an iPhone 5 than a 5c. By the way, I already have an iPhone 5. I’m just putting myself in the shoes of someone who doesn’t have an iPhone yet or someone who is coming from a previous generation of iPhone.

First of all, if you take off that colorful plastic shell that the iPhone 5c has, it’s just exactly the same as the iPhone 5. It’s like Apple has given the iPhone 5 a new look. Imagine if Samsung did this or Sony or HTC. You get a Samsung Galaxy S4, and put it in another shell. Sell it for a lesser price that the original S4 and call it “Samsung Galaxy S3.5”. That’s exactly what Apple did.

Lastly, I think Apple shouldn’t have made the iPhone 5c the way it is. Apple used to take pride with the premium design, all aluminum/metal casing. The Apple MacBook Air and MacBook Pro have it. The previous iPhones have it as well. They even bash Samsung and other Android phones for having a cheap plastic shell. And what do we get with 5c? Plastic. Some even think that it’s a rip off of the Nokia Lumia phones because of its color.

Anyway, those are my thoughts about the iPhone 5c and it’s totally up to you if you get one or not. I’m pretty sure the colorful iPhones would be attractive to the kids and teenagers. But for professional, maybe not.

Note: I’m neither an iPhone hater nor a Fanboy. I use both iPhone and Android phones. Both of these devices have their own pros and cons. But deceiving unsuspecting and uninformed customers is not right.