Naruto 657 is the much awaited chapter to be released this month before the year ends. Why? In this chapter we will witness Madara Uchiha’s full wrath as he is now fully brought back to life using the Rinne Tensei no Jutsu or Samsara of Heavenly Life Technique. Madara Uchiha is one of the most powerful and legendary Shinobi ever lived and only Hashirama Senju can match Madara’s power. But Hashirama can’t match Madara at his current Edo Tensei state. His powers are too limited and weak to fight Madara. What will happen next? Madara is about to unleash his wrath? Who can stop him now? Let’s find out in Naruto 657 – Madara Uchiha Alive!

UPDATE: Naruto chapter 657 was recently released, together with Bleach chapter 560. Naruto chapter 657 is entitled “Madara Uchiha is Back!” Madara first started to absorb Hashirama’s power. Madara’s body is now literally made up of two opposing forces, the Senju and Uchiha. I won’t spoil you further, you can read more from the chapter itself. 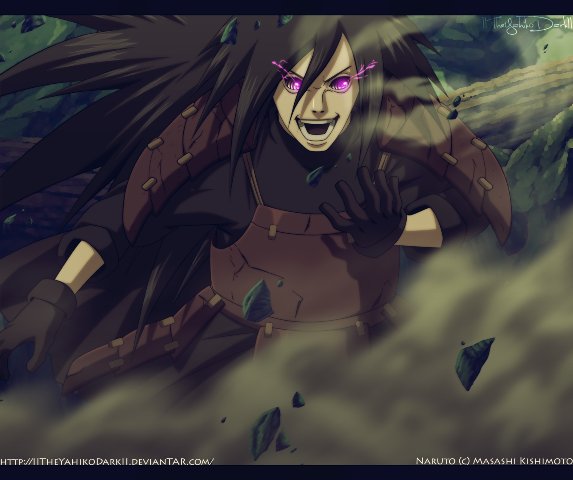 In the previous chapter, (I’ll skip to the last part) Obito was supposed to use his last Jutsu to fix the wrong things that he has done. He was probably planning to bring back every life he has taken from the dead. But as soon as he was about to execute the Rinne Tensei no Jutsu, the Black Zetsu suddenly took control over Obito’s body. And since Obito was weaken due to his fight with Naruto and from the extraction of the tailed beasts, Madara was able to manipulate Obito and cast the Rinne Tensei no Jutsu to himself, thus reviving Madara for real.

As much as we are excited to find out what will happen now that the legendary Shinobi is alive, Madara is also excited now that he is fully alive and could feel the hot burning blood flowing through his veins. Madara will no doubt start to wreak havoc and eliminate the shinobi who are in front of him.

During their time, Hashirama was the only shinobi who could fight and defeat Madara, but unfortunately he can’t do that in his Edo Tensei state now. I’m sure over the years, Madara has learned a few new tricks or so, and probably grew stronger. But there is still hope since he has yet to face Naruto and the new Shinobi alliance. Hashirama alone can’t defeat Madara, but I’m sure with Naruto, Sasuke and the help of the Shinobi alliance, they can defeat Madara. The only big question now is how they will defeat Madara. Will they face him head on, or will they regroup and strategize first?

Perhaps more Uchiha secrets will be revealed in the succeeding chapters and not just fighting alone. It was still really unclear why Madara became evil after he discovered something. Let’s just hope Kishi will reveal more.

Naruto 657 is current not yet available as of the moment. But it is expected to be released tomorrow or the day after tomorrow, since there was no break announcement. I’ll update this post for any spoilers or when Naruto 657 chapter is released. Stay tuned!