Naruto 621 is the latest Naruto chapter and is expected to be released by third week of February 2013. Sasuke was starting to question the 4 previous Hokage, but he was serious about his question addressed to the first hokage, Hashirama Senju. Depending on Hashirama’s answer, will Sasuke become a new Madara? Let’s find out in Naruto chapter 621.

UPDATE: Naruto 621 has been recently released. This chapter is entitled “Hashirama and Madara”. In this chapter we will learn what started everything, this whole ninja war, and the never ending battle between the Uchiha and Senju clan. 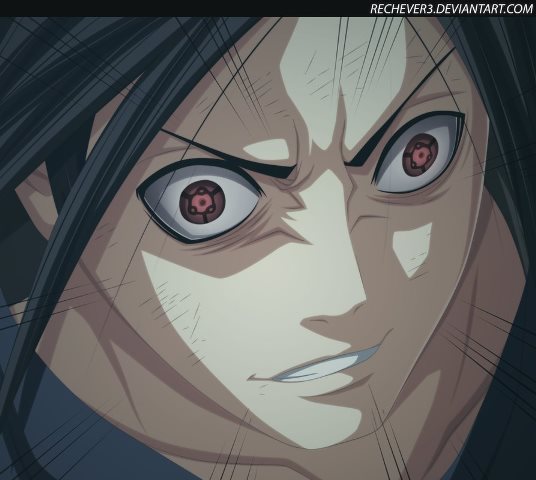 Sasuke was very persistent about his question regarding what is the village and what are shinobi in the first place. Hashirama might not be your serious type of guy but he sure is full of wisdom.

Despite the fact that Madara and Tobi are making havoc, and a war is going out there, Hashirama chose to stay and answer Sasuke’s question. He sees that it is more important than going to war, because there is a big possibility that Sasuke might become a new Madara.

Sasuke is full of hatred, just like Madara before. That’s why he wanted to change the world at the first place. Depending on Hashirama’s story/answer, he might influence Sasuke and change him for good.

I’m sure more information will be revealed to us in Naruto 621, and hopefully Konoha’s history and the truth at what really happened between the Senju and the Uchiha will be revealed by Hashirama.

I’m also hoping that the first five hokage will join the battlefield and fight Madara, Tobi and the Juubi. But I’m not really sure about that. Orochimaru might un-summon them the moment Sasuke got his answers. But still I hope Kishi will let the first five fight.

Naruto 621 spoiler is not yet available at the moment. Usually Naruto 621 raw scans or spoilers are leaked one day before the chapter is released.

I’ll update this post as soon as spoilers are available, or when Naruto chapter 621 is released. Stay tuned!