Samsung recently launched the new Samsung Galaxy A8 in China. It’s the slimmest smartphone yet from Samsung, but despite being slim it is jam-packed with features we usually see on a high end smartphone. The new Galaxy A8 features a metal body which is just 5.9mm thin and weighs around 151 grams. It features a 5.7-inch OLED display, a 16 megapixel rear facing camera and many more. Check out more details below. 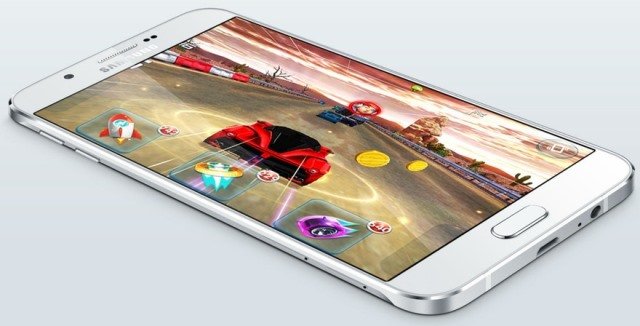 Despite its slim size, the new Samsung Galaxy A8 is powered with a 3,050 mAh battery that is larger than the Galaxy S6. It also features a fingerprint sensor and a hand-wave detection that activates its photo timer. Aside from the 2GB of RAM, it comes in 16GB or 32GB of internal storage and will feature a microSD card slot supporting up to 128GB of microSD.

The Samsung Galaxy A8 runs on Android 5.1 Lollipop out of the box and will support LTE, dual-band WiFi 801.11 a/b/g/n, Bluetooth, Accelerometer, proximity sensor, compass and more. The Samsung Galaxy A8 is reported to be priced around $500 USD (more or less) and may (or may not) be rolled out in other regions in the following weeks to come.