It seems that Samsung is planning to release a better variant of the Samsung Galaxy S5. The leaked Galaxy S5, with a model number SM-G906S, was leaked from a site called GFXBench. But it seems that the information is now removed. According to the leaked specs, the SM-G906S is powered by the yet to be released Qualcomm Snapdragon 805 Quad Core processor clocked at 2.5GHz with Adreno 420 graphics processor, paired with a 3GB of RAM, and a larger 5.2-inch display with a QHD resolution at 1440×2560. Check out the rest of the details below. 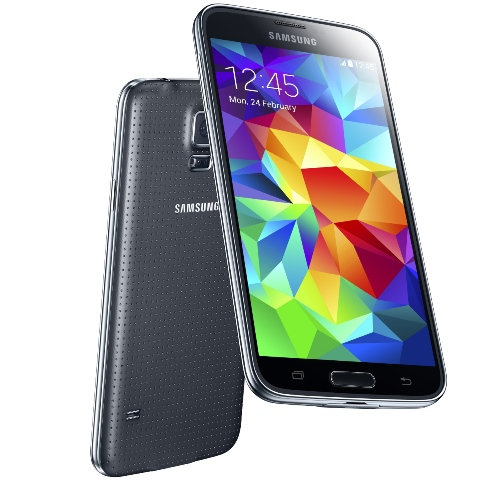 This SM-G906S could be the Samsung Galaxy S5 Premium that was rumored before, offering better specs than the currently released Galaxy S5 variant. Aside from the CPU, GPU, Memory and display specs mentioned above, it will also have 25GB of internal storage and a 16 megapixel rear facing camera. Probably it will also feature the same finger print scanner, an IP certification (probably better than the 1st gen S5), and a casing that might slightly look different from the current S5.

The current Samsung Galaxy S5 is powered by a Snapdragon 801 with Adreno 330, 2GB of RAM and a 5.1-inch Super AMOLED display with a resolution of 1080×1920 Full HD. Many were disappointed with those specs since it didn’t offer any significant upgrade from its predecessors or its competitors. Clearly the leaked SM-G906S offers a better set of specifications, and many people were expecting to see this kind of specs when the Galaxy S5 was first unveiled. Probably Samsung is keeping the best for its “Premium” variant. 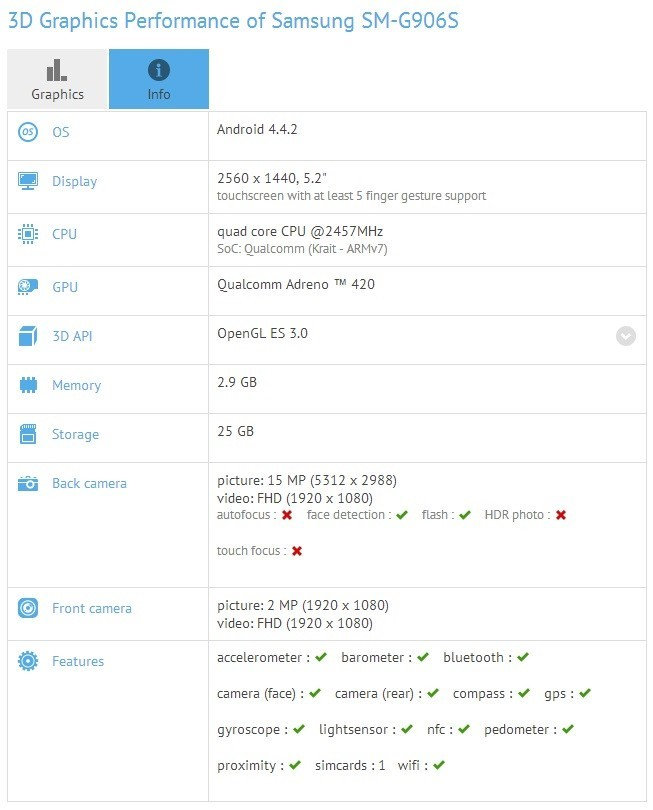 Currently we are not sure if this SM-G906S is real or not, or if it’s real we don’t know if it will be released worldwide or for Korea alone. But this is one reason why you shouldn’t get the currently released Galaxy S5 just yet. If you want something better, then this (Samsung Galaxy S5 Premium) is definitely it.