The Samsung Galaxy Note Pro 12.2 and the Galaxy Tab Pro 12.2 are Samsung’s latest flagship Android tablets, that comes with a much larger display of 12.2-inch. Both tablets where first seen and introduced at the CES 2014 last January. They both run on the latest Android 4.4 KitKat and features a new User Interface. Both the external and internal aspects are pretty much the same. But Despite having many similarities, the Samsung Galaxy Note Pro 12.2 and Galaxy Tab Pro 12.2 does have differences. These differences will distinguish them from each other. Let’s take a look and find out which 12.2-inch tablet is the best for you. 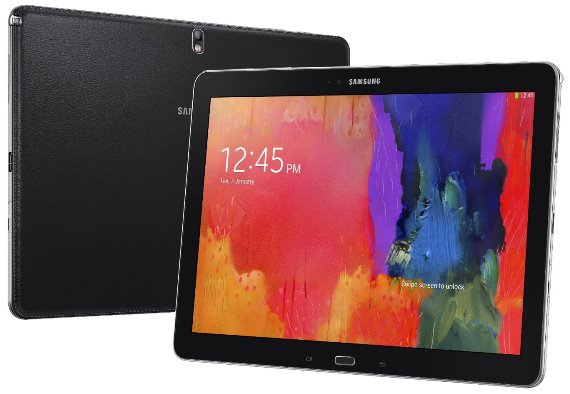 First, let’s find out what do these Android tablets have in common. Both the Galaxy Note Pro 12.2 and Galaxy Tab Pro 12.2 runs on Android 4.4 KitKat out of the box with Samsung’s latest TouchWiz UI and Magazine. They are powered by the same Exynos 5 5420 Octa Core SoC and the same Mali graphics processor. They also have 3GB of RAM, comes in 32GB or 64GB internal storage and have expandable memory via microSD.

The Samsung Galaxy Tab Pro and Galaxy Note Pro 12.2 have a nice 12.2-inch Super Clear LCD display at WQXGA resolution of 2560×1600. They both have an 8 megapixel rear facing camera and a 2 megapixel front facing camera. They also have WiFi 802.11ac dual band wireless connectivity, Bluetooth and microUSB port. Even their physical dimensions are the same. Now let’s move on to their differences.

Another difference would be their price, most probably. But I’m not sure yet how much is the retail price of the Galaxy Tab Pro 12.2 as it’s not yet listed on online stores.

I’ll update this post once the Galaxy Tab Pro 12.2 gets listed online. In the meantime, let’s go back to the main question, which tablet should you get? This really depends on what you need most. Choose the Note Pro if you think you need most the Stylus Pen feature, since that is really the only difference. Personally I would go for the Note Pro 12.2 since you can do more with the S Pen, and I’ll just leave the Data/Network connectivity with my smartphone. But it is expected that the Note Pro 12.2 will be priced higher than the Tab Pro 12.2